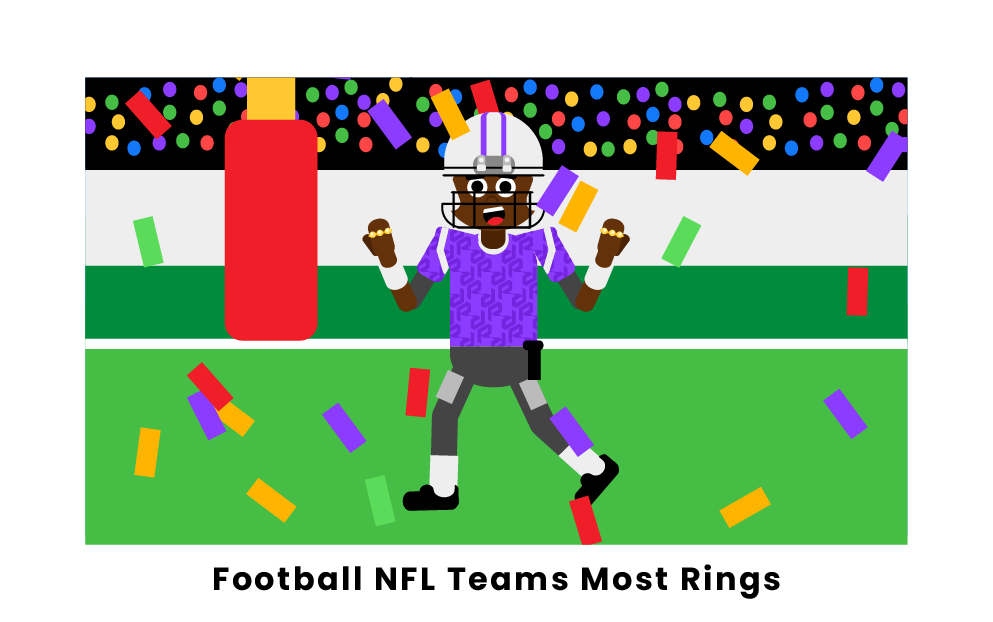 One of the most popular sporting events in America, the Super Bowl is the championship game for the National Football League (NFL). First played in 1967, the famed Lombardi Trophy is awarded to the winning team, and each member is given a Super Bowl ring. Keep reading to find out which NFL teams have the most Super Bowl rings.

Currently, the Pittsburgh Steelers and the New England Patriots are tied for the most Super Bowl rings at six each.

Teams With Most NFL Rings

Who has the most championship rings in the NFL right now?

Which team has the most NFL championship rings?

What is the oldest NFL team without a ring?

The oldest NFL team without a ring is the Arizona Cardinals. The team has existed since 1898, when they were founded as the Morgan Athletic Club in Chicago. The Racine Cardinals joined the NFL in 1920 as a founding member, changing their name to the Chicago Cardinals in 1922. They won two championships in the pre-Super Bowl era, in 1925 and 1947, but the Cardinals have never won a Super Bowl ring.