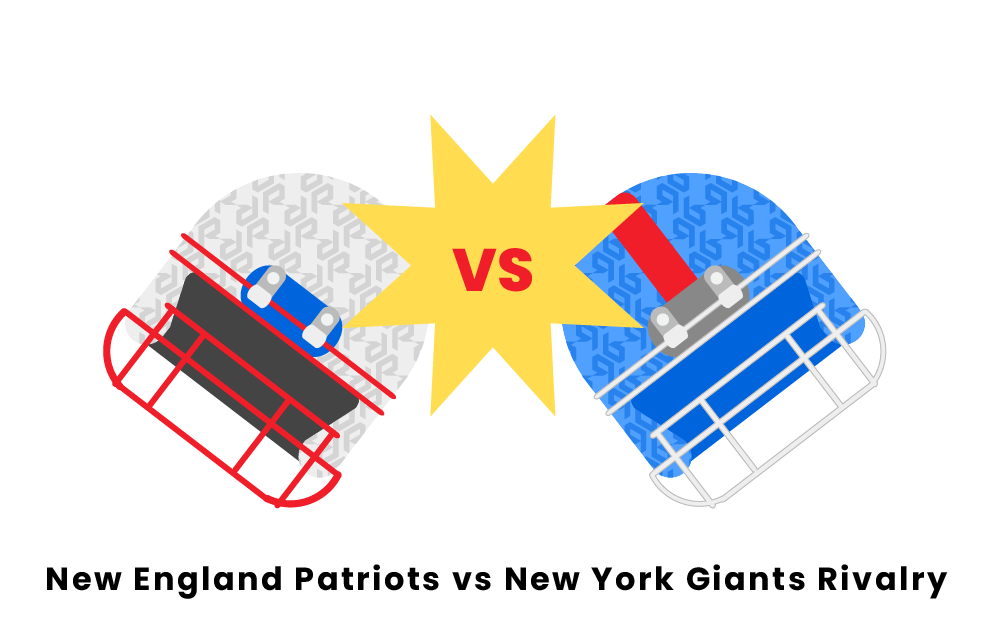 The rivalry between the New York Giants and the New England Patriots is one of the most storied feuds in the modern NFL. Since their creation, the two teams have faced off in many thrilling games, beginning in 1970. However, the true rivalry between these two great teams started in the 2007-2008 NFL season. In that season, the Patriots, led by star quarterback Tom Brady, accomplished a very difficult feat in football by winning all 16 of their regular-season games, including a faceoff with the New York Giants in the final week of the season. This final game before the postseason was a game which New England won in a comeback, with a tight score of 38-35. By winning this game, the Patriots became the first team in the NFL to have an undefeated regular season of 16 wins.

The rivalry between the Patriots and the Giants did not end there, however. After the 2007 regular season, both teams went on to win all of their playoff games that year and were thus contenders in the NFL championship game in 2008, Super Bowl XLII. Had New England won the Super Bowl, they would have completed a perfect record for the entire season of 2007-2008.

However, in what is considered one of the greatest upsets in the history of professional sports, the New York Giants stunningly defeated the Patriots in Super Bowl XLII, winning the game 17-14. The loss was a significant blow to the Patriots. It was notable for the infamous “Helmet Catch,” a pass made from Giants’ quarterback Eli Manning to wide receiver David Tyree, which Tyree caught by miraculously pinning the ball to his helmet with one hand. The stunning catch was considered the critical play of the game, allowing the Giants to eliminate their 14-10 deficit by scoring what would be the winning touchdown of the Super Bowl.

After this major loss, the Patriots attempted to return to the Super Bowl for years, and eventually returned to the big game in 2012, where their rivalry with the Giants coincidentally continued. New England’s hopes of avenging their former defeat were unsuccessful, however, as the Giants successfully defeated them in Super Bowl XLVI with a score of 21-17.

The 15-0 New England Patriots faced the 10-5 New York Giants in the final game of the regular season. The Patriots secured a comeback win of 38-35 in order to clinch an undefeated 16-game regular season, the first in the NFL. The game would prove to be a Super Bowl preview, as the two teams later met in that year’s championship.

The New England Patriots faced the New York Giants in Super Bowl XLII, a rematch of the final regular-season game. In a stunning upset, the Giants beat the undefeated Patriots 17-14, aided by a miraculous “Helmet Catch” by Giants’ wide receiver David Tyree, which helped lead to the final touchdown.

The New York Giants faced the New England Patriots in Super Bowl XLVI. The Patriots looked to avenge their prior loss to the Giants in Super Bowl XLII and took a commanding lead in the third quarter. However, the Giants came back and scored the winning touchdown 57 seconds before the end of the game, resulting in a 21-17 win for New York.

No single individual has been more involved in the Patriots-Giants Rivalry than Bill Belichick. He coached the Patriots during each of their Super Bowl matchups against the Giants, and has turned New England into one of the greatest sports dynasties of the 21st century.

Tom Coughlin was the Giants head coach for each of their Super Bowl’s against the Patriots, coming out on top both times.

Tom Brady is largely considered the greatest quarterback in NFL history, and his nearly perfect season during the 2007-2008 NFL season is a sizable argument in his favor. He twice lost against the Giants in the Super Bowl, which is one of the few stains on his legendary career.

Eli Manning was the long-time quarterback for the Giants, and spent his entire pro career with the franchise. He is best known for having twice defeated Tom Brady and the Patriots in the Super Bowl.

While the entire body of Tyree’s career isn’t exactly as noteworthy as other members of this list, he was front and center for one of the most dramatic moments in Super Bowl history. It was his “helmet catch” that allowed the Giants a chance to rally back and defeat the nearly-undefeated Patriots in Super Bowl XLII.

Why are the New England Patriots and New York Giants rivals?

When did the rivalry between the New England Patriots and the New York Giants start?

The rivalry between the Patriots and the Giants began in 2008 when the Patriots attempted to gain a perfect record by winning Super Bowl XLII after earning an undefeated regular-season record. However, the Giants squashed the Patriots’ hopes by defeating them in the Super Bowl 17-14, an incredible upset that devastated New England’s fans, who had grown used to dominance after winning three Super Bowls in the last ten years.

What was the helmet catch?

The “Helmet Catch” was a famous, miraculous play made by Giants’ quarterback Eli Manning and wide receiver David Tyree in the final minutes of Super Bowl XLII in 2008. The Giants were down 14-10 in the game’s final quarter, and in the final two minutes of the game, on 3rd and 5 from the Giants’ 44-yard line, Eli Manning escaped the Patriots’ defensive line and made a pass that was caught by David Tyree. Though the ball was caught awkwardly, Tyree miraculously retained possession of it by pinning it to his helmet with his right hand, securing a 32-yard conversion for a first down, which the Giants then used to score the winning touchdown of the game.