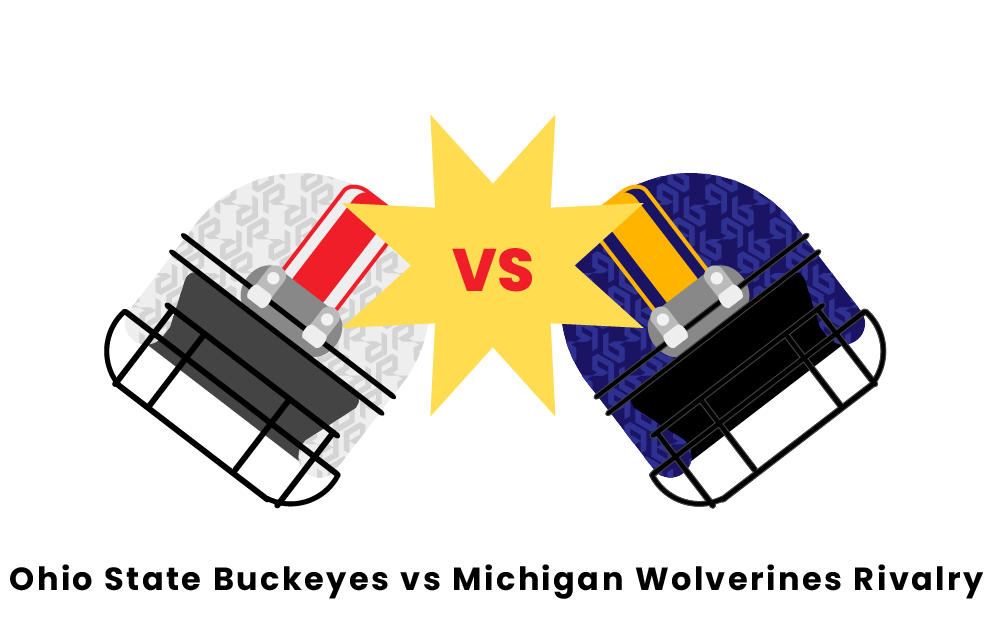 The rivalry between the Michigan Wolverines and the Ohio State Buckeyes is known as “The Game” in NCAA Football. It has featured some of college football’s greatest moments, from Charles Woodson’s famous Heisman pose in 1997 to the “Game of the Century” in 2006. This rivalry is known as one of the biggest in sports.

Michigan and Ohio State first met on October 16th, 1897, at Regents Field in Ann Arbor, but the two teams have played every year since 1918. The rivalry’s origins actually don’t have much to do with football at all. In fact, the rivalry was derived from the Toledo War in 1835-1836, in which Michigan and Ohio had border disagreements. While peace was eventually restored, the two states have continued not to like each other. The matchup between Ohio State and Michigan’s football teams, devotedly known as “The Game,” now takes place annually the Saturday after Thanksgiving at noon Eastern Time as the last game of the regular season.

The contest matters not only because the schools are about six hours from each other but also because it usually has significant stakes attached to it, often deciding who will advance to the Big Ten Championship game. The Wolverines and Buckeyes are both in the Big Ten Conference and play in the Eastern Division.

Ohio State at Michigan on October 16th, 1897: Michigan and Ohio State matched up for the first time ever, 61 years after the Toledo War. The Wolverines won 36-0.

Michigan at Ohio State on November 18th, 2006: Known as the “Game of the Century,” this is the only time the two rivals squared off ranked as the top-two teams in the country. Ohio State won 42-39.

Notable Players And Coaches In The Rivalry

Lloyd Carr, Michigan Head Coach from 1995-2007: Carr was the coach of the Wolverines during the team’s last National Championship (1997).

Woody Hayes, Ohio State Head Coach from 1951-1978: Hayes famously coined the phrases “that state up north” and “that team up north,” so he didn’t have to say “Michigan.”

Urban Meyer, Ohio State Head Coach from 2012-2018: Meyer won all seven of his contests against the Wolverines during his tenure as head coach for the Buckeyes.

Why are Ohio State and Michigan rivals in NCAA football?

Michigan and Ohio State have a geographical rivalry, and a longstanding history that has fueled the rivalry. The two schools are located about six hours (driving distance) from each other, and their rivalry, with each year’s matchup titled “The Game” has been going on since 1897. The rivalry’s history dates back to the Toledo War from 1835-1836, leading to the two states having animosity towards one another in the early 1900s when the rivalry first developed.

When did the rivalry between Ohio State and Michigan start?

The Michigan vs. Ohio State rivalry started in 1897 with the first game played between the two football programs. The first meeting took place 61 years after the Toledo War. The two states hadn’t forgotten about their bitter border disagreement, and thus the rivalry was born. Since the first meeting, there have been many changes; however, one of the most impactful ones was when both teams were finally integrated into the same conference.

When did Michigan and Ohio State join the Big Ten?

The Big-10 was formed in 1896, and Michigan was one of the first seven schools to enter the conference. Ohio State joined the conference in 1912. The two schools have played each other every year since 1918 (excluding 2020), leading to a fierce inter-conference rivalry.