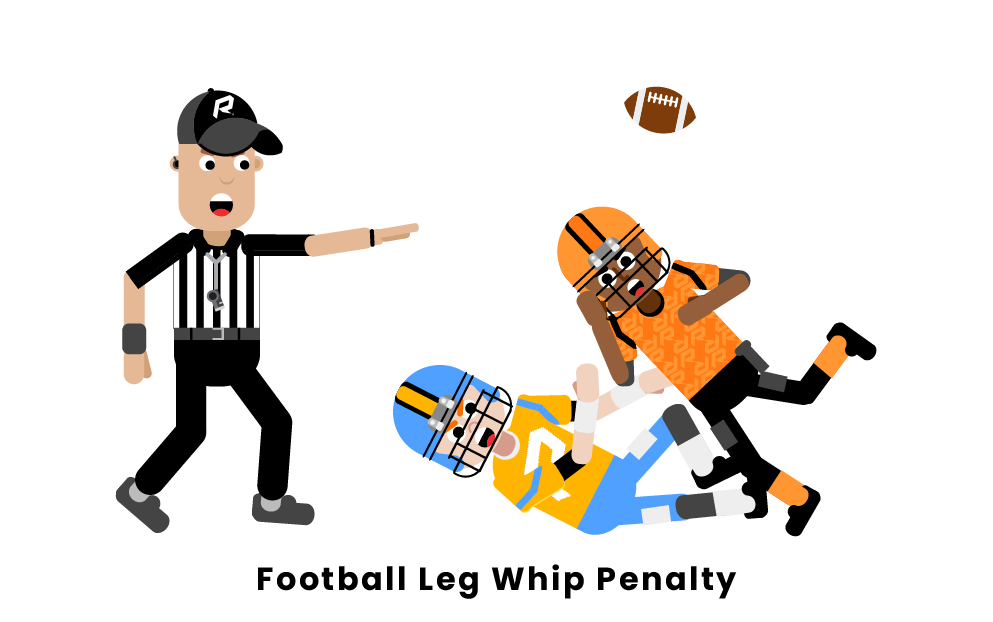 Over the years, football leagues have added certain penalties to the rule books to protect their players from serious injuries. The football leg whip is a move which can seriously injure the opposing player by straining their knees and putting their legs into an unnatural position, which can effectively injure the player and negatively impact their careers.

The leg whip penalty is an illegal move in football which consists of a player using their leg or foot to swipe into the opposing player's path and trip them. It is a dangerous move and constitutes unsportsmanlike behavior. If the penalized player is deemed to have intent to injure a player, they can be ejected from the game. 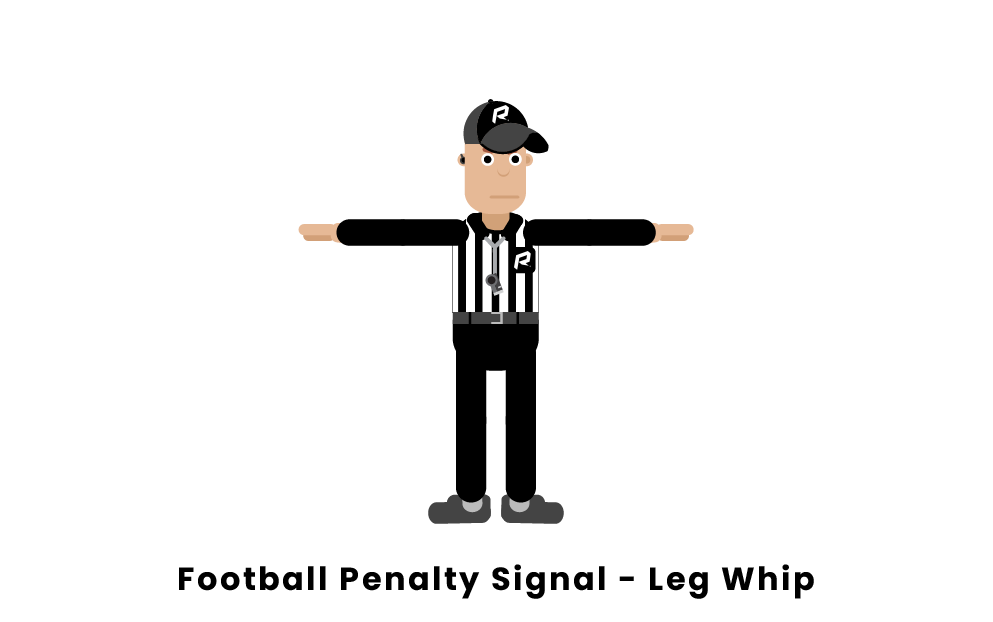 When a referee calls a penalty for tripping, they will put one foot behind the other foot's ankle with their hands at their sides to indicate a tripping motion. If the leg whip is deemed to be unsportsmanlike, the referee may call a penalty for unsportsmanlike conduct. This signal is done by extending the arms horizontally on each side at 90 degrees with the feet planted.