A kickoff in football is when the place kicker, a kicker on the special teams, kicks the ball to the opposing team. Kickoffs are performed behind restraining lines and must go 10 or more yards to count or be touched by the receiving team.

On a kickoff, the ball is placed on a tee. The place kicker will run towards the ball and kick it like a soccer ball. This powerful kick usually spans the entire distance of the field.

Kickoff Out Of Bounds

If the kickoff goes out of bounds on the sidelines before reaching the end zones, the receiving team gets the ball on the 35-yard line. 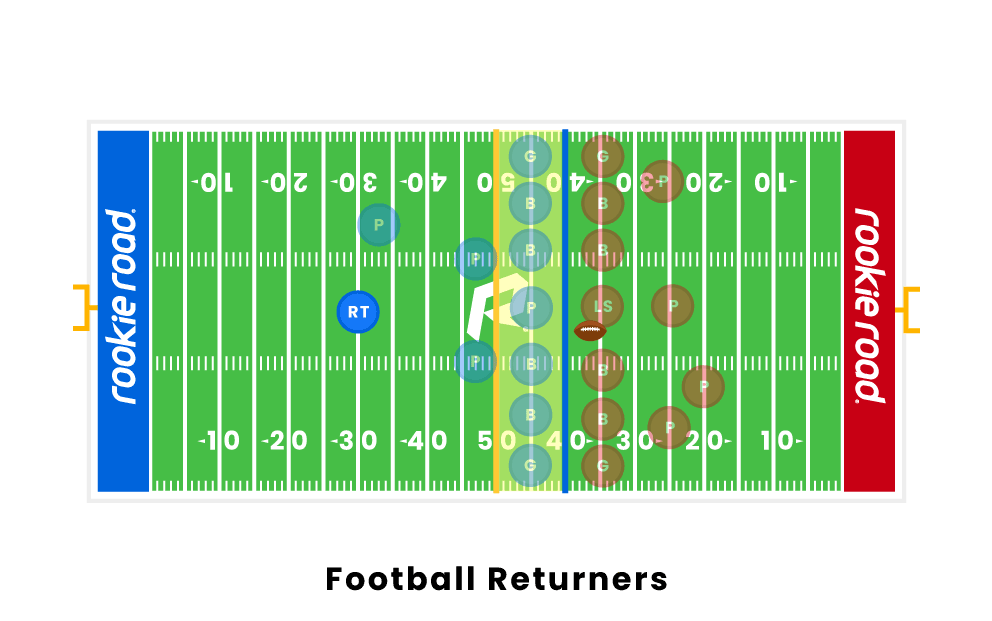 The football kickoff returner is often played by a shorter and quicker player. He is responsible for catching the kickoff and running the entirety of the football field, or as much as possible, to score a touchdown. When a player catches a punt, it is also called fielding a punt.

It can be challenging for a kickoff returner to keep his eye on the ball and avoid any defensive team members. The sun can also affect the kickoff returner's success of catching the ball.

Unlike punts, kickoffs do not happen on the line of scrimmage. Kickoffs happen behind restraining lines.

Restraining lines show where the kicking team and the receiving team have to be on a kickoff. 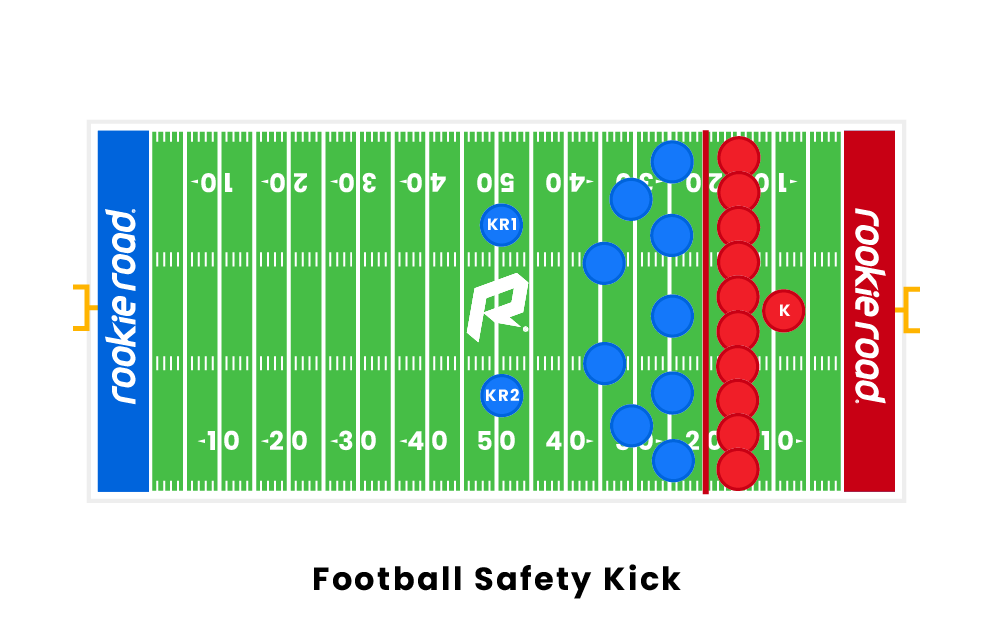 A safety kick is a kickoff that is performed only after a safety is scored. The restraining lines on a safety kick are different from a normal kickoff.