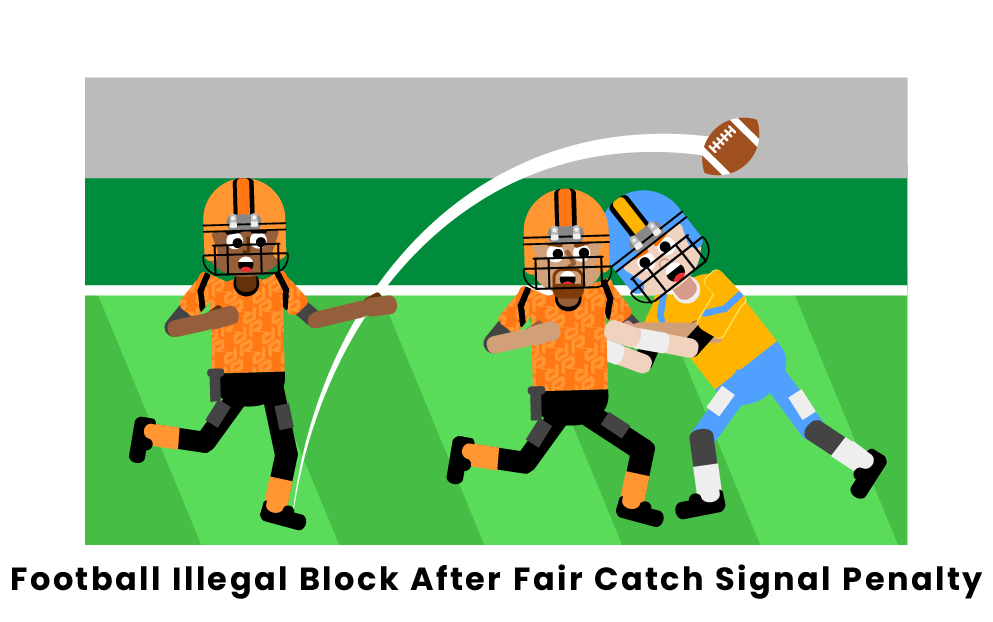 In football, an Illegal Block After Fair Catch Signal Penalty is called when an illegal block is made by the player who signals for a fair catch on a punt or kickoff. Players cannot initiate contact with a player on the opposing team until the kick has been caught by their own team.

In football, a fair catch occurs when a player attempting to catch a ball kicked by the opposing team, either on a kickoff or a punt, signals to the referee that they intend to catch the ball at the spot it lands. The signal is usually given by the player returning the kick holding their arm up in the air. Once the signal is given, it cannot be called off. After a player signals for a fair catch on a punt or kickoff, he can only attempt to catch the kick.

Until the ball is touched by a member of his team or the opposing team, the player who signals for the fair catch cannot make contact with a member of the kicking team. However, the returner may attempt to abandon the fair catch and go out to block members of the kicking team during the play. This is illegal and will result in a penalty on the returning team when called.

Once a fair catch is called for by a returner, he might try and go out to block members of the return team in an attempt to either prevent them from downing a punt, or recovering a kick. The returner may also abandon the fair catch in an attempt to initiate a trick play, in which another member of the returning team catches the kick instead of the player who called for a fair catch. In both of these hypothetical situations, the returner has committed an Illegal Block After Fair Catch Signal Penalty and will be penalized for doing so.

An Illegal Block After Fair Catch Signal Penalty in the NFL results in a loss of 15 yards from the spot of the foul against the returning team. The result of this penalty is also the same in the NCAA and in High School football. In the CFL and AFL, there are no fair catch rules. However, space must be allowed for the returner in both leagues, which is generally 5 yards of separation between the returner and any member of the kicking team. 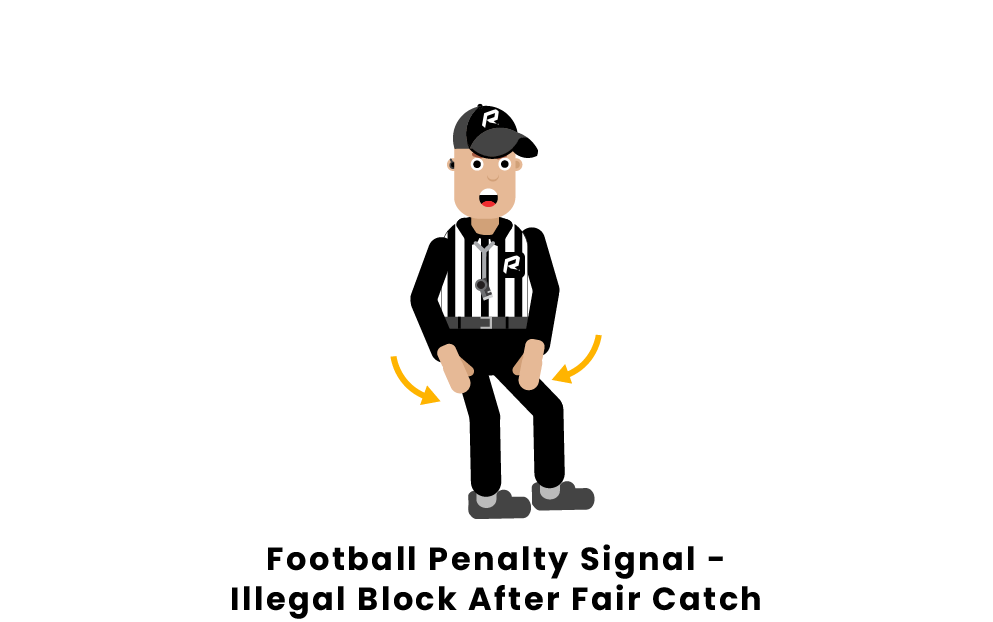 When this penalty occurs, the referee will whistle the play dead, then call the Illegal Block After Fair Catch Signal Penalty on the player who committed the penalty. When making the signal for an illegal block, a referee will motion both their arms together below their waist.