Football How To Cut Block 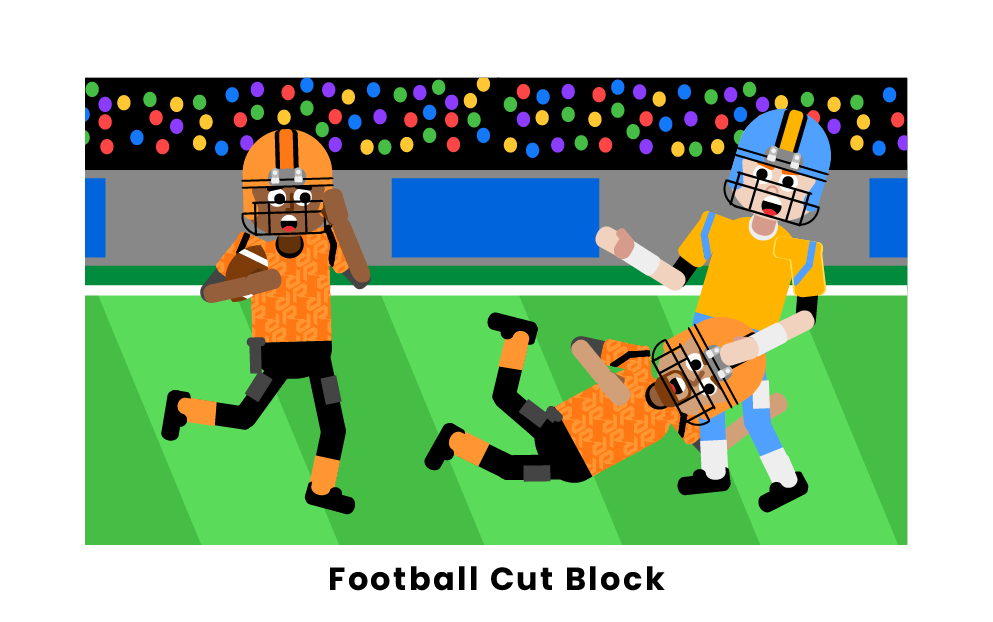 What is a Cut Block in Football?

A cut block in football is a play in which an offensive player hits a defensive player below their waist in an attempt to knock them down, that way stopping them from getting to the ball carrier. Cut blocks are only legal if they happen within five yards of the line of scrimmage. Cut blocks must initiate contact from the front of a player, unless executed by an interior offensive linemen.

Although very effective if done correctly, a cut block is considered by some people as a dangerous play as it usually strikes the defensive player’s knees, a very sensitive and injury-prone area.

Although cut blocks are legal both in the NFL and in college football, a very similar play, the chop block, is not. Chop blocks are the same as cut blocks with the exception that two offensive players team up to cut block a defensive player. Since this type of block is illegal, it is necessary for football officials to be very attentive when those kinds of plays happen.

How To Perform A Cut Block

It takes a lot of speed, agility, and strength for a player to execute a cut block. To effectively perform a cut block, the offensive player must:

Pages Related to Football How To Cut Block