Football How To Ball Control

The Basic Idea of Ball Control

Ball control is a widely known strategy in football that involves trying to hold the ball for long periods of time keeping it away from the other teams' offenses. In doing so, the objective is to hold the other team from scoring any more points and keeping them from coming back to win the game. There are multiple different options that can be used to achieve a ball control style offense.

The most common way to create a ball control situation for an offense is to run the ball heavily. Running the ball more than half the time causes lots of time to come off the clock while also not allowing the opposing teams' offense to have a chance to score. This style of ball control also has an added bonus of creating rest time for the defense of one's own team allowing them to be fresher and more ready to stop the opposing offense. A less common way to control the ball is to implement a short passing attack that uses a lot of over the middle routes keeping the ball in play. But, for the most part, teams looking to control the ball will choose to run almost every play moving lots of time off of the clock. 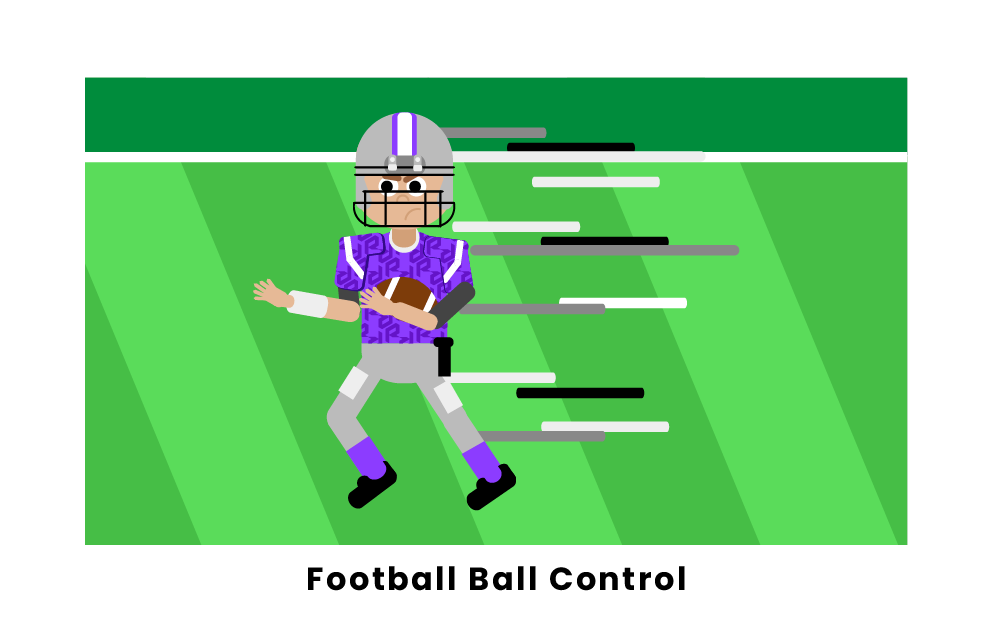 The Drawbacks to Ball Control

Using a run-heavy ball control approach can have some negative results. If a team is ineffective in scoring points while running lots of time off the clock, they have little chance to come back at the end of a game if they are down. Also, if they are used to running the ball heavily, switching to a more up tempo style offense to score points in a comeback attempt will be harder than for a team who implements this style all the time. However, if a team leads a game and needs to finish it off, using ball control can be very effective if done correctly.

Pages Related to Football How To Ball Control