How Much Does An NFL Referee Make? 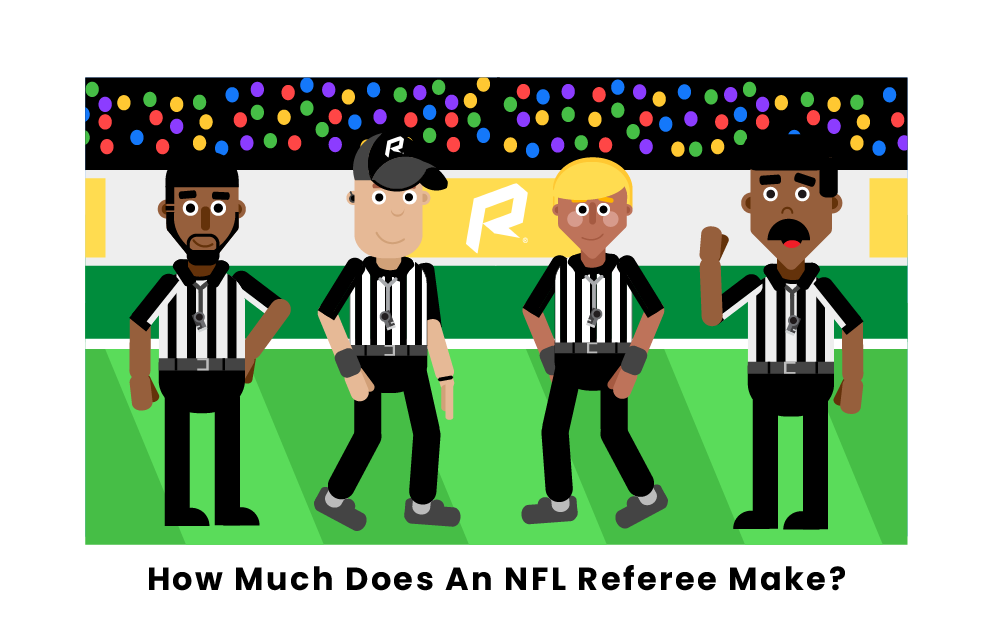 On television and online, everyone often hears the latest news about NFL players signing multi-season contracts with promises of huge salaries, but how much do other key people on an NFL field make, such as referees? NFL referees do not make nearly as much as NFL players or coaches do, but how do their salaries stack up against the average worker, and what other bonuses are available? Here, we look at what the average NFL referee makes each season.

While it may seem an easy task to determine how much an NFL referee makes each season, the number is hard to calculate exactly. The NFL has not released an official, updated report on how much referees make per season. The lack of hard numbers means that analysts have been forced to estimate the amount of money an NFL referee makes based upon prior figures and word-of-mouth. Many of these estimates come from interviews with retired referees who have revealed their annual salaries, which are then extrapolated based on inflation to arrive at a current number.

Based upon these calculations, the most recent estimate of an NFL referee’s salary suggested that in 2019–the most recent year such calculations were made–NFL referees earned a salary of approximately $205,000. This marked an increase of approximately $55,000 from the previous year’s estimated salary of $150,000. This $205,000 salary means that NFL referees make approximately $12,000 per regular-season game when broken down. Of course, there is likely some variability in the salary stated above. Like most jobs, NFL referees are paid by seniority and can also be paid more based on their role, such as the head referee for a particular game. Some referees can even make more money if the game they call is highly-attended or important. 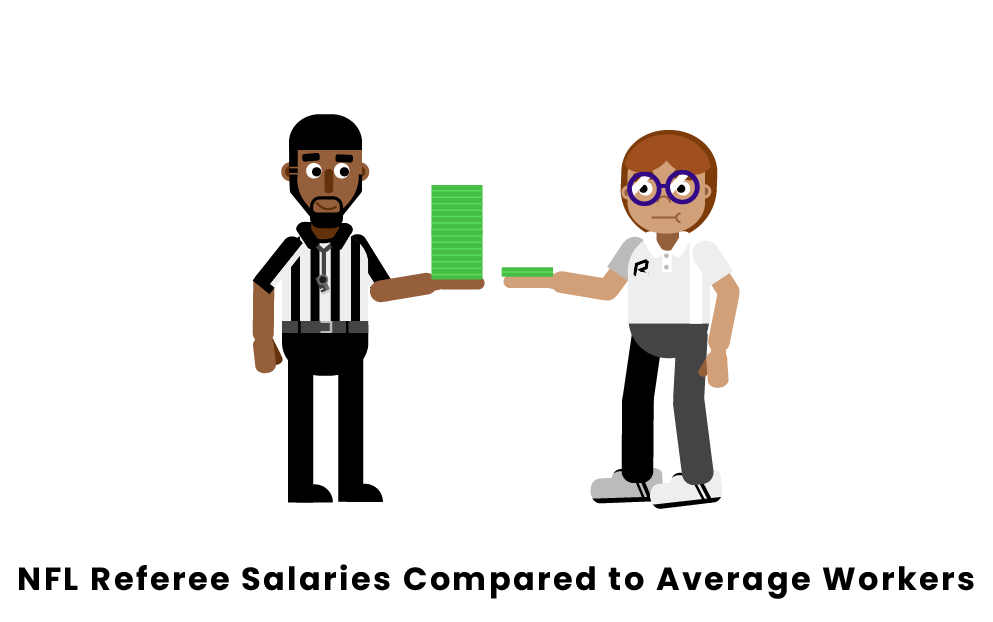 With the above salary in mind, many people may wonder how an NFL referee’s salary stacks up against the average worker or other people on the football field? NFL referees tend to make far more than most people in terms of the average worker. According to statistics, the average annual salary for an American worker in 2019–the same year as the estimates made for referees above–was $51,916.27. This means that NFL referees made an average of $153,000 more than most Americans in 2019. The average referee salary in the NFL is on par with the salaries of most primary care physicians, who made around $209,000 in 2020.

However, despite being paid far more than most average Americans, NFL referees make much less than others on the football field. For example, the minimum possible salary for an NFL player is $660,000 per year, a difference of approximately $455,000. Most NFL players make far more than that, with contracts entering the millions of dollars. Additionally, NFL head coaches tend to make more than $1 million per year, with the lowest-paid coaches tending to average around $3 million per season and the highest reaching $12.5 million.

Do NFL Referees Have Any Bonuses?

In addition to their salaries, NFL referees can make bonuses for certain special activities. Referees chosen to call playoff games earn between $1,000 and $5,000 in extra pay for these games, and if a referee is chosen to call the Super Bowl, they receive a bonus of approximately $40,000-$50,000. NFL referees also receive significant pensions of up to $18,000 per year.

Who is the highest-paid NFL referee?

According to official estimates, Brad Allen and Walt Anderson were the highest-paid NFL referees in 2020-2021. The official salaries of these two referees have not been revealed, but given the average estimate of $205,000 per year, it is not hard to imagine that Allen and Anderson made upwards of $250,000 or even $300,000 during the 2020-2021 season.

How much do NFL referees make for calling the Super Bowl?

Is an NFL referee a full-time job?

Unlike most American workers, NFL referees do not practice their jobs full-time. While they make much more than most full-time workers, refereeing in the NFL cannot be considered a full-time job, as it only takes place over a season, between August and February. Additionally, NFL referees only work on game days, meaning that they may only be called to work on days when there is a football game, such as Sundays, Mondays, and Thursdays. As a result of working part-time, referees do not receive health insurance from the NFL, but most have 401k plans, and all are represented by the NFL Referees Association.

Do NFL referees have other jobs?

While most NFL referees make a comfortable-enough salary to avoid working elsewhere if they wish, many referees choose to have other jobs outside of the NFL season. For example, referees like Walt Anderson, mentioned above as one of the highest-paid referees, work as supervisors for college football referees. Other NFL referees have careers that are entirely different from football, including noted referee Ed Hochuli, a legal attorney.

Pages Related to How Much Does An NFL Referee Make?