How Much Does A College Football Coach Make? 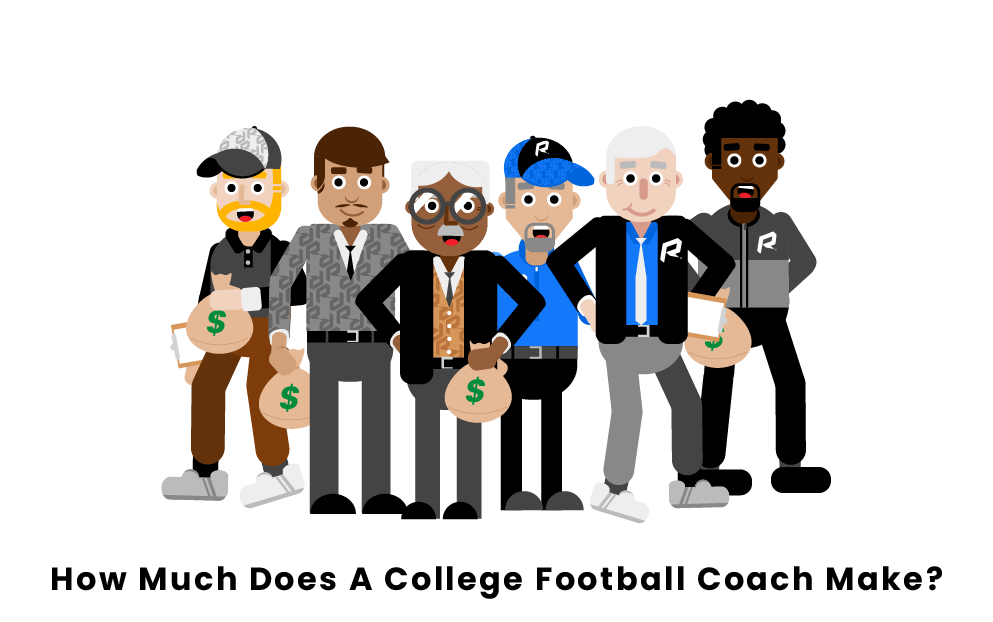 The amount that a college football coach earns varies drastically depending on the economic status of the school they coach at and the success of the football program. Some schools are willing to spend more money on coaches’ salaries than others, and coaches at the Power 5 level are often much higher paid than coaches in the group of 5, FCS, and outside of Division I.

While the annual salaries of each head coach varies, the highest paid coaches typically get paid several million dollars per season. Prior to the 2022 season, Lincoln Riley of USC was the highest paid coach, accruing around $10 million per season. Following Riley, Brian Kelly of LSU, Nick Saban of Alabama, Mel Tucker of Michigan State, and Ryan Day of Ohio State each make between $9 and $10 million per season. These salaries do not take in account bonuses, sponsorships, and other benefits that these coaches receive each season. The two highest-paid coaches, Lincoln Riley and Brian Kelly, both took jobs coaching different schools than they had previously because of the increased pay that they received from their new employers. Riley was the head coach at Oklahoma for five seasons and led the Sooners to an overall record of 55-10, along with four Big 12 Championships and three College Football Playoff appearances. Despite this success, Riley turned down an opportunity to continue coaching at Oklahoma and instead took a job with USC, which had not experienced much success under some of its previous coaches. Riley’s salary increased significantly once he took the USC job. At Oklahoma, Riley was paid just over $7.6 million per season during his final year, compared to the $10 million annually he receives at USC.

Similar to Riley, Brian Kelly left his old school to receive a higher salary. Kelly left his position at Notre Dame, where he was the head coach for 12 seasons and led the Fighting Irish to several College Football Playoff appearances, in order to coach at LSU. At LSU, Kelly receives $9.5 million per season, which is a significant pay increase from his time at Notre Dame. He likely received less than $8 million per season at Notre Dame in his final years. Kelly receives a much larger salary at LSU due to the storied history of the LSU football program as well as their status as an SEC school.

Along with their regular salaries, coaches also receive bonuses based on their team’s success. Every coach receives a bonus for a bowl win and will often also receive a smaller bonus if their team appears in a bowl game but loses. These bonuses are often quite lofty, as the winning coach of one of the least viewed bowl games, the Las Vegas Bowl, received $200,000 after the win and the losing coach received $100,000. These bonuses come from the extra revenue that the school receives in their bowl game through sponsorships, ticket sales, and other revenues.

Many of the higher-profile coaches also receive extra money through sponsorships and revenue from boosters. For example, Alabama coach Nick Saban has appeared in ads for Aflac, Infiniti, Nissan, and many other companies.

Who is the highest paid college football coach ever?

The highest paid college football coach prior to the beginning of the 2022 season is Lincoln Riley, who was hired by the University of Southern California after the University of Oklahoma. The monetary details of the contract are not fully known since USC is a private university and not required to disclose salary information, but it is likely that Riley receives at least $10 million per season, which is nearly $1 million per game coached.

Do college coaches get a bonus for winning bowl games?

College coaches do receive a bonus for winning bowl games, and these bonuses are often quite lucrative and in the six-figure range. These bonuses create an incentive for coaches to work towards winning a bowl game that would otherwise be somewhat meaningless if the team did not have an opportunity to win the National Championship. These bonuses often come from the TV deals and sponsors of the bowl games.

How much does an assistant college football coach make?

Pages Related to How Much Does A College Football Coach Make?