How Much Do Orange Bowl Tickets Cost? 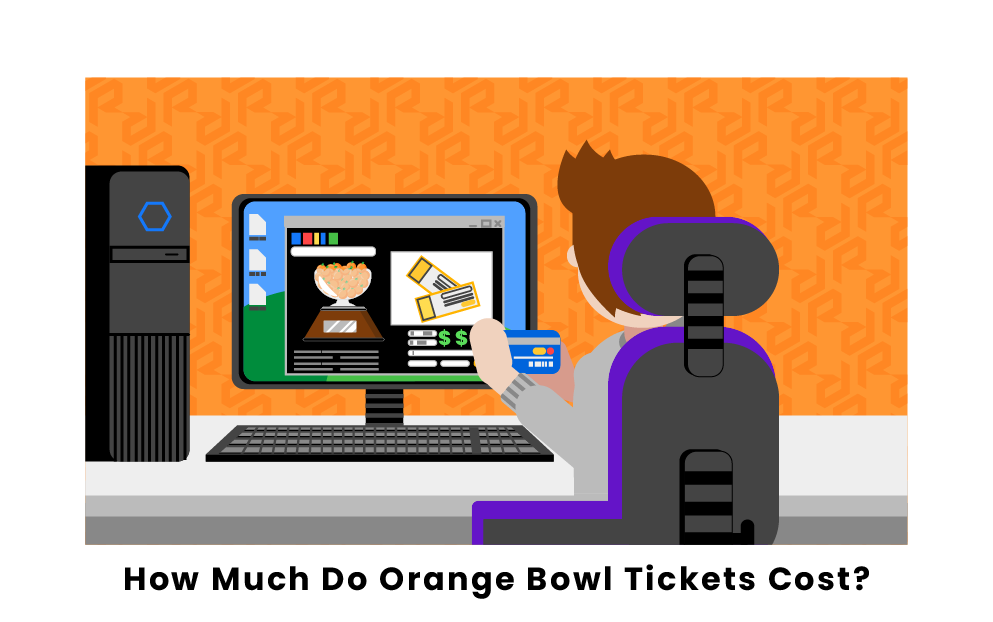 As one of the New Year’s Six, the Orange Bowl is one of the most prestigious college football bowl games. The first contest took place all the way back in 1935. Due to its historic nature, tickets for this annual game can go for a lot of money. Read below to learn about the cost of going to the Orange Bowl.

Tickets for the Orange Bowl range widely, depending on the seat location. Like most sporting events, the rule of thumb is: the better the quality of the seat, the more expensive the ticket will cost. That’s why prices can range anywhere from $80 to north of $6,000 per ticket on the resale market.

Upper bowl tickets are typically the least expensive on the market, ranging from $80 to $200. This is because the audience is farthest from the action in these seats. The Orange Bowl is no exception to the rule: the upper corner tickets are quite cheap, going for an affordable $80. These are known as the “get-in” tickets because this is the lowest possible cost for a fan to physically attend the game. However, the upper bowl prices will rise to over $200 when at the 50-yard line because it gives the customer an equal viewing point of the field. This is how sometimes an upper bowl ticket can cost more than a lower bowl ticket.

Club-level pricing is similar to the cost of lower bowl ticket prices, ranging from $200-$500. For starters, the club level gives the consumer access to special food options not available to the public and more comfortable seats. This is what drives club-level seats up. However, they’re also located above the lower bowl, so it’s farther away from the game action. This is what then drives the cost down to lower bowl ticket prices.

Luxury seating is where tickets can balloon to enormous prices of several thousand dollars. For the Orange Bowl, the most expensive tickets are located by the 50-yard line known as the “72 Club”. The tickets cost so much because they offer private food options for the section, nicer bathrooms, luxurious seating, and the customer is located super close to the action. Another expensive area is the on-field suits located right behind the end zone. These seats also give the person a super unique viewing experience because they’re on field level.

How much do Orange Bowl tickets cost?

Tickets for the annual Orange Bowl in South Florida can cost as low as $80 and as high as over $6,000 per ticket. The disparity is due to the seat location with the better seats typically going for the higher prices. For example, the lower cost tickets are in the upper bowl, while the 72 club has the most expensive seats on the market.

What are the cheapest tickets at the Orange Bowl?

Pages Related to How Much Do Orange Bowl Tickets Cost?