How Much Do NFL Season Tickets Cost? 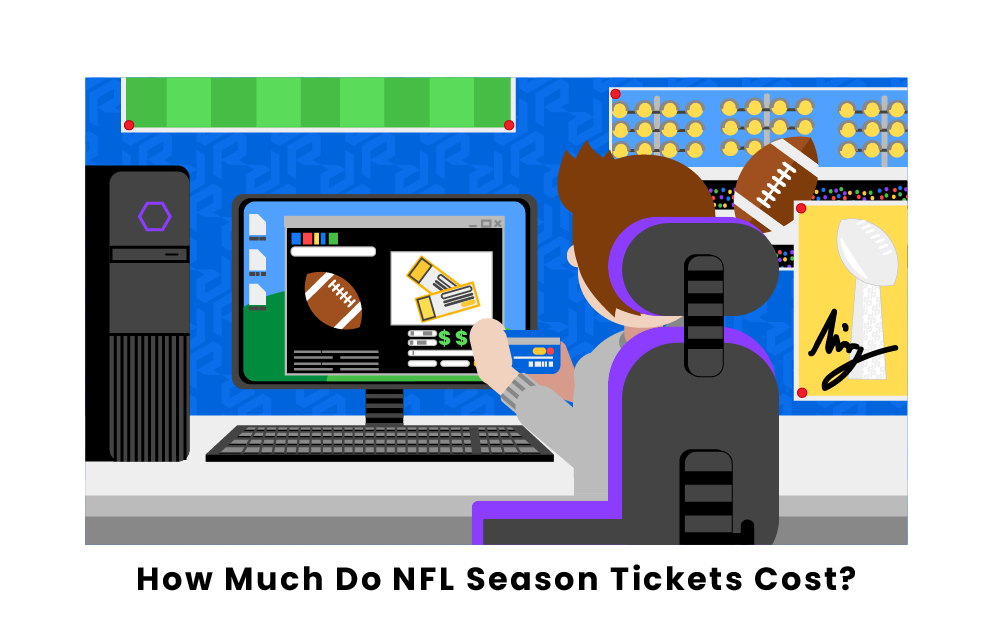 Just like for single-game tickets, fans can pick from different price ranges when purchasing their season tickets. This is due to the different quality of the view from each section of the stadium. On average, a season ticket in the upper deck starts around $300, with prices increasing to $1000 as the seats get closer to the field. Prices in the 200 level go from $500 to over $1,000, while in the lower level, they start on average at $800 and go up to $1,100. Season tickets in premium seats range from $1,500 to $4,000.

While season ticket prices rise across the league almost every year, some teams around the league always keep their prices high due to a series of factors, including market size, playoff history of the franchise, and stadium quality.

The New England Patriots, the Tampa Bay Buccaneers, and the Las Vegas Raiders are all among the NFL franchises with the most expensive season tickets. In the case of the Patriots and Buccaneers, this is due to the recent playoff history of the two teams, which have combined for four of the last eight Super Bowl titles.

In the case of the Raiders, their newly built Allegiant Stadium and switch from a smaller market like Oakland to one of the biggest markets in the country has led the franchise to set a price range of $650 to $4,500 for their season tickets.

As record and market size are among the key factors that set price ranges for season tickets, franchises such as the Detroit Lions, the Cleveland Browns, and the New York Jets, which have poor postseason histories in recent years, have some of the lowest prices.

The Lions, Browns, and Jets have all had to adjust their prices due to the results of the team. Fans can, indeed, attend any of those franchises’ home slates for as low as $300. However, neither of those teams offers the lowest NFL season tickets, as the Jaguars have the cheapest packages in the league, with the most affordable option starting under $200.

NFL season tickets for any franchise include many more benefits than just the possibility of attending every regular season home game of the team. In recent years, the NFL has added a series of perks to season ticket passes with the goal of always filling out stadiums across the league.

Any season ticket holder becomes part of the “Membership Club” and thus has free access to the league’s streaming service NFL Premium, Redzone, and receives a 30% discount on their order at NFL Shop. Members also receive a free copy of Madden, the NFL licensed videogame, discounts at different hotel chains, and a series of gift cards and promo codes with the league’s main sponsors.

Do season tickets include the NFL playoffs?

Season tickets do not include NFL playoff tickets due to different pricing standards and ticketing rules for postseason games. However, season ticket holders have earlier access to tickets to playoff home games so that they can select their seats before the sale is open to the general public.

Are NFL season tickets worth it?

Season tickets represent the most affordable way to not miss any of the live action at the home of your favorite team. The pass includes seven to eight home games, with each one of them coming out to be considerably cheaper than a single ticket to each game. Furthermore, the “Membership Club” gives fans a great variety of exclusive benefits.

Pages Related to How Much Do NFL Season Tickets Cost?