How Many National Championships Has Michigan Won? 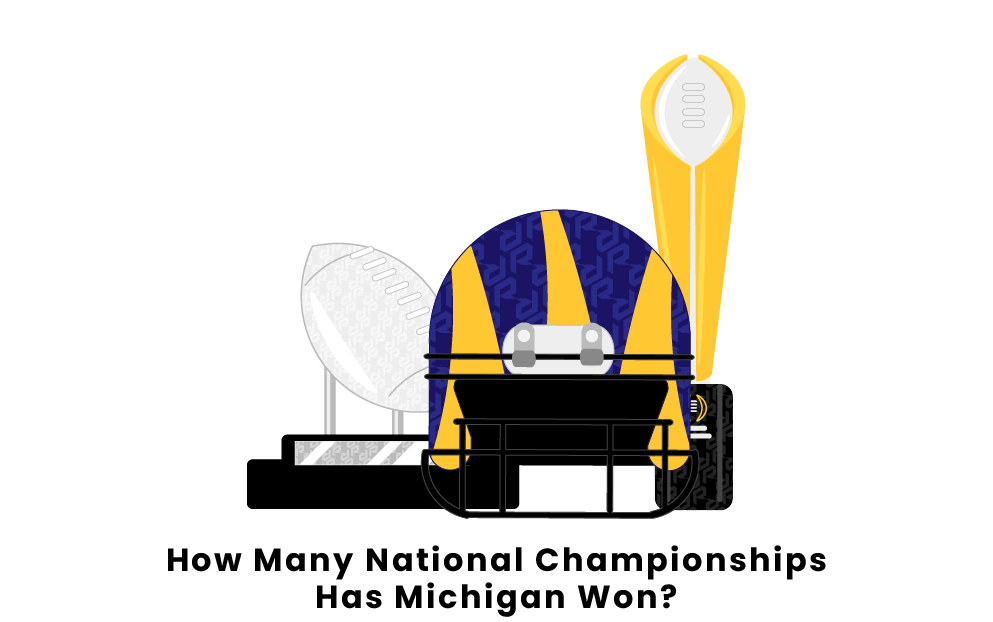 The Wolverines won the title of National Champions four years in a row between the years 1901 and 1904. While being coached by Fielding Yost, the Wolverines went undefeated in all four seasons. Combining the performance of the Michigan teams from those years results in a win-loss record of 43-0, an incredibly dominant run that established the University of Michigan as one of the strongest forces in the world of college football. However, this dominance would not be repeated in 1905, and it would be some time before Yost could field a championship-level team and bring home another title.

After experiencing a 14-year championship drought, Fielding Yost, still coaching for the Wolverines, came back with a vengeance. In the 1918 season, with a brand new roster led by quarterback Ken Knode, Yost put on the record yet another undefeated season. After winning the 1918 National Championship, Michigan was unable to repeat as champions, and would suffer a seven-year drought before winning another title. In 1923, after working with various new lineups and rosters, Michigan again claimed the National Title with an undefeated season. 1923 marked Yost’s last title as head coach. It was also Yost’s sixth undefeated season as head coach of Michigan.

After ten years without a title, the 1933 season saw Michigan once again rise as a powerhouse in the college football world, this time under the watchful eye of head coach Harry Kipke. The 1933 season saw Michigan hold a win-loss record of 7-0-1 and bring home their sixth title. Michigan was recognized as National Champions the year prior. However, this figure is not included by the NCAA in their official tally.

While the 15-year gap between the 1948 and 1933 titles might make it seem as though the Wolverines football team fell apart, their years in between were still dominant in terms of scoring ability. In fact, in 1947, Michigan actually shared a championship with Notre Dame, but the title of National Champion was not officially given to Michigan by the NCAA. In 1948, while being coached by Bennie Oosterbann, the Wolverines put up a strong 9-0. Unfortunately, this success could not be repeated for many years following the triumphant return as title holders. That was until the 1997 season, under the coaching staff of Lloyd Carr, and bolstered by running back Chris Howard putting up 868 rushing yards. The 1997 season saw  Michigan's ninth and most recent National Championship title.

How many times has Michigan won the National Championship in college football?

The University of Michigan has officially won the National Championship in college football nine times. The first National Championship title for the Wolverines was in 1901. The University claims 11 national titles; however, only nine are recognized by the NCAA. This is due to disputes over the different ways in which the NCAA has selected champions over the years. The championship years recognized by the NCAA are 1901, 1902, 1903, 1904, 1918, 1923, 1933, 1948, and 1997.

When was Michigan’s last National Championship in football?

Pages Related to How Many National Championships Has Michigan Won?