How Does Scoring Work In Football? 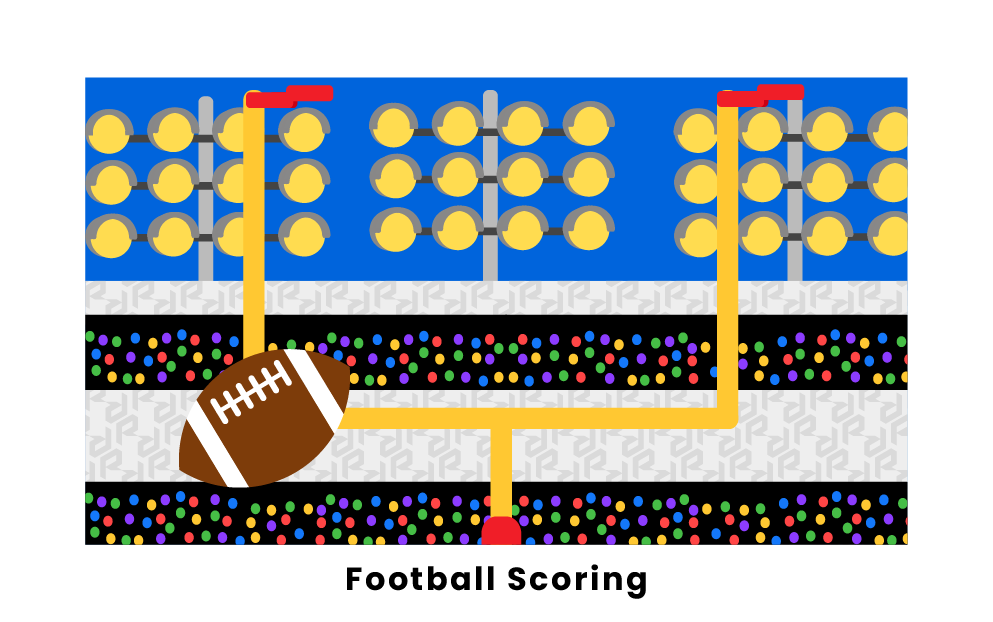 Football is one of the most popular sports in the United States, with the Super Bowl standing as one of the most viewed sporting events in the world. The sport of football has some specific and unique systems in which teams score points. Read on to learn more about how exactly scoring works in football.

In football, scoring works a bit differently than in most other sports. One team’s offense faces another team’s defense, with the offense attempting to progress the length of the field to gain points while the defense aims to stop them.

A “down” is a singular play in football. The offensive team gets four such downs to gain ten yards; if successful, they gain another set of four downs to move another ten yards. Each down is named after the attempt number, so the first play is called “first down,” and the final attempt is called “fourth down.” If a team does not gain ten yards within a set of downs, the ball will be turned over to the other team.

There are multiple ways to score in football, and each has its own amount of points. The way to score the most points in one play is a touchdown, which is worth six points. This results in football games creating unique scoring lines, as multiples of different amounts of points result in vastly different final scores.

As the most impactful way to score in football, the goal of every offensive drive in football is to score a touchdown, other than special circumstances. A touchdown is worth six points to the scoring team. To score a touchdown, the ball must either cross the other team’s goal-line while in the possession of a player, or a player must catch and secure the ball while in the opposing team’s end zone.

While all touchdowns are worth six points in football, the end zone catch rule differs between pro and college football. In pro football, the receiver must have both feet on the ground or a body part in bounds when the ball is caught for the score to count. In college, on the other hand, the player only needs to have one foot down with the ball secured to gain six points.

Field goals can be taken from anywhere on the field, although most teams will only attempt them within the 40-yard line. Kickers usually line up about eight yards behind their offensive line for traditional field goals. The opposing team can block and retrieve the ball for either possession of the ball or even a touchdown.

There is another rarely used way to convert a field goal called the dropkick. For this play, the kicker drops the ball off the ground and kicks it through. Only one dropkick has been converted since 1941, when quarterback Doug Flutie converted the elusive dropkick in 2005. Drop kicks are almost never attempted in modern football.

After getting a touchdown, a team can choose to kick an extra point (the more common decision) or attempt to score a two-point conversion. In today’s NFL, most teams only try to go for two when they need the points to win or tie the game. To complete a two-point conversion, the scoring team must reach the end zone in the same way as a touchdown, with the play starting from the two-yard line. 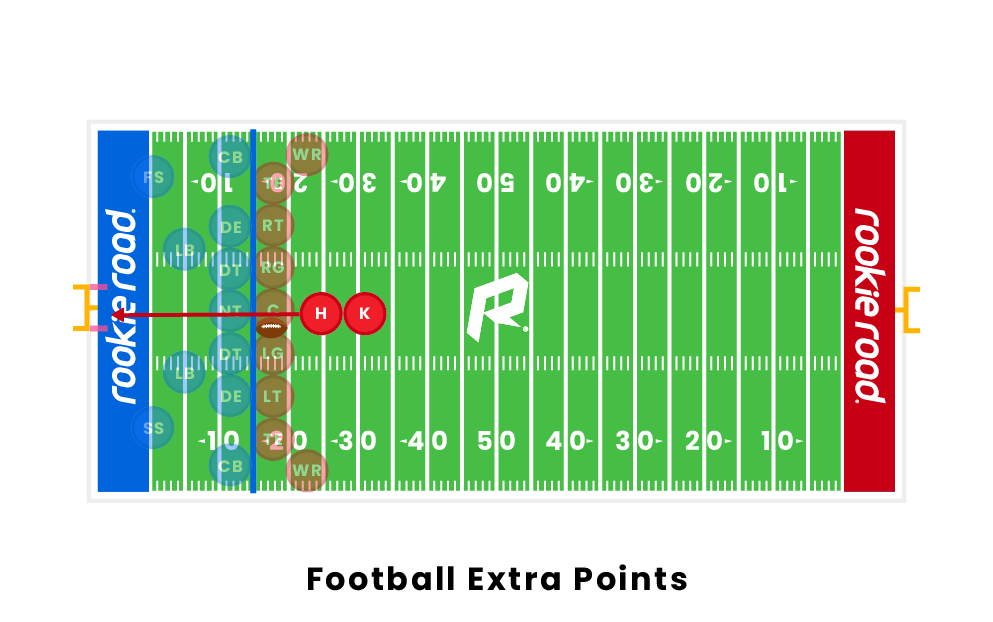 This change affected kickers greatly as they struggled more with making the extra point. Before the rule change, kickers usually made 98-99 percent of their extra points in a season. Now, the success rate has dropped to 93-94 percent. Also, because of this rule change, a team can block and return the ball to the end zone to earn two points.

A safety occurs when the offensive team is tackled or goes down by a defender in their own end zone. The play awards two points for the defensive team. This score is different from the other types because after a team suffers a safety, the scoring team is then punted the ball, giving them both the points and possession. Teams may purposefully take safeties at the end of a game to run out the time on the clock if they are leading by more than two points as a strategic play.

What are the most common ways of scoring in football?

In today’s NFL, the most common way to score points in the NFL is the passing touchdown. This trend has also increased as the defense gains more chances to take advantage of the offense’s mistakes. The second most common way of scoring is the field goal. Then, the rushing touchdown accounts for the third most points scored in the NFL. Rushing touchdowns are rarer because the offense has to either have a great play or be right outside of the end zone to score one. Finally, safeties are least common.

How often do teams go for two-point conversions in the NFL?

Can a team score 1 point in an entire game?

Technically, yes, a team can score one point in the entirety of a football game. This result, though, is extremely unlikely. A one-point safety can occur on a two-point conversion if the offense fails badly enough that they recover the ball in their own end zone, 98 yards down the field, and are tackled for a safety. While this play has not occurred yet in the NFL, it is completely possible and would become a legendary football blooper.

What is the most points an NFL team has scored in one game?

The most points an NFL team has scored in one game occurred in 1940 during the NFL Championship between Washington and the Chicago Bears. The Bears completely dominated the game and shut out Washington by a score of 73-0. Out of the 11 touchdowns scored by the Bears, seven were rushing touchdowns, and only one of their scores came from a passing touchdown as the passing game was still not figured out at the time. The other three touchdowns were scored by the Bears’ defense.

Pages Related to How Does Scoring Work In Football?