How Does NFL Overtime Work? 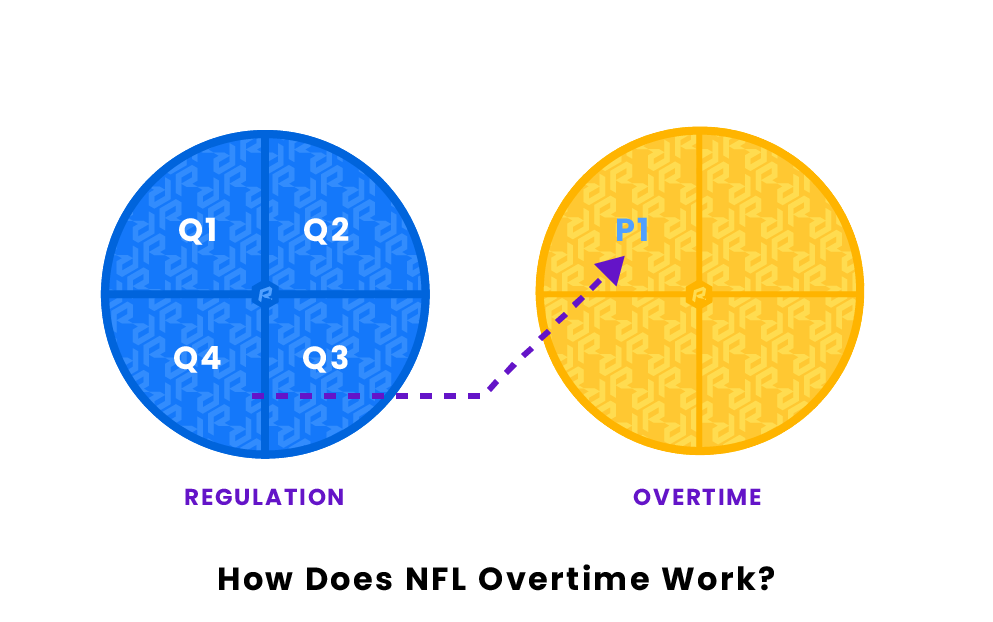 The rules of NFL overtime can be difficult to understand. The rules are slightly different for the preseason, regular season, and postseason. In addition, NFL team owners are discussing and voting on proposals for rule changes. Let’s learn about the current rules of overtime in the NFL.

There is no overtime in preseason games. If the score is tied at the end of regulation, the game will end in a tie.

Below are the rules of overtime in the the NFL regular season:

Below are the rules of overtime in the NFL playoffs:

During overtime, neither team is allowed to request a review of the previous play. Only the replay official or the Senior Vice President of Officiating is allowed to review the play.

The First Possession of Overtime

In regular season overtime, if a touchdown or safety is scored on the first team's possession, the game is immediately over without the chance for the other team to get the ball. There is no PAT played after the touchdown. If a field goal is scored or there is no score, then the other team will get a chance to be on offense.

The game is also over if the first possession lasts the full 10 minutes of overtime.

In 2022, the NFL team owners approved a modified overtime possession rule for playoff games. A vote in favor of the rule change with 29-3 resulted in the change. Now, both teams get a chance to possess the ball on offense for playoff games.

Below we summarize the rules of overtime in NFL football:

Pages Related to How Does NFL Overtime Work?