How Does College Football Recruiting Work? 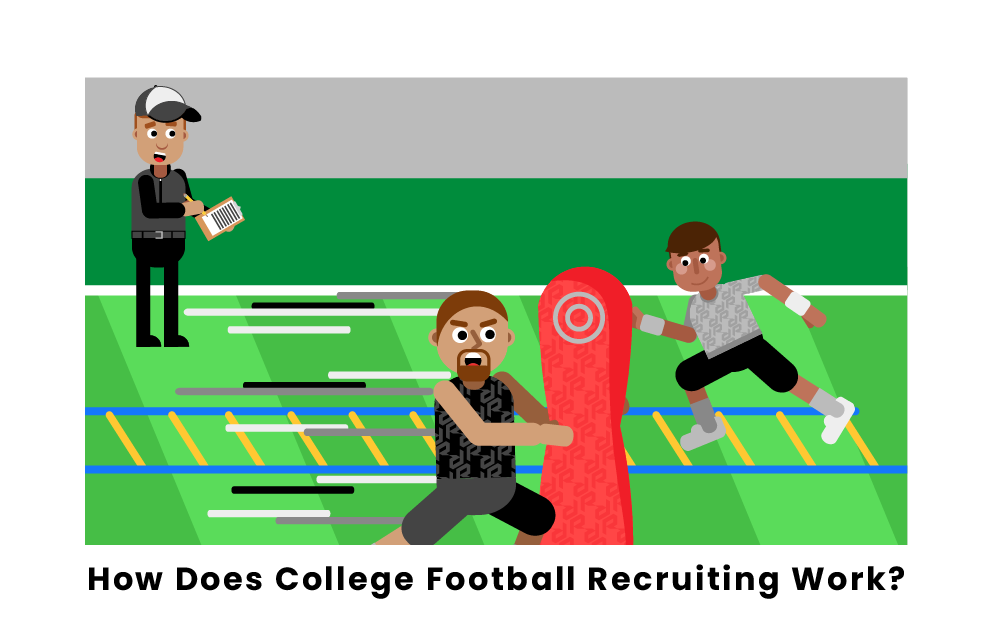 College football is one of the most exciting sports in America, and the rosters for its teams change with each season. Thousands of high school athletes try to get recruited for college teams every year and maybe even receive an athletic scholarship as well. Read on below to find out how colleges recruit their football players!

How Does College Football Recruiting Work?

College football coaches generally recruit prospective players through group events and highlight videos. At these group events, coaches and other college personnel get a chance to witness the talent of many potential recruits in person and all at one time. Highlight videos, meanwhile, allow coaches to see a player’s stats and clips from past gameplay.

One of the most popular ways for colleges to recruit new athletes is through combines, camps, and showcases. Though each type of event has its own set of rules and formats, these are all different group events for displaying fresh high school talent and even sometimes giving players official stats and rankings that they can show to interested colleges.

Though they all serve the same purpose, combines, camps, and showcases have different requirements for attendance and formal end results. These differences include:

Highlight videos are short films that show data and play footage of individual football players. These videos are one of the best, and sometimes the only way for high school athletes to get the attention of interested college coaches. It is standard for highlight videos to have a player’s name, contact information, position, cumulative GPA, and standardized test scores in addition to their head coach’s name and contact information.

The most important part of a highlight video is footage of the player on the field. Each clip is usually limited to one play at a time and should show off the talents of the player during real gameplay. The kind of footage shown will heavily depend on each player’s position. For example, a kicker’s highlight video would likely show successful kicks in a game, while a running back’s highlight video might show them successfully running the ball with a drop shadow or arrow drawn to point them out on screen.

The NCAA follows strict rules and regulations for when and how interested college coaches can contact potential football recruits. In football, these rules vary depending on the division in which each college team plays.

The main recruiting rules of each NCAA division are listed below:

What is the best way to get recruited for college football?

The best way to get recruited for college football is through combines, showcases, and highlight videos. Combines and showcases are a great way to display talents directly in front of interested coaches and other team personnel, while highlight videos help show athletic ability during actual gameplay.

What are the NCAA rules for recruiting football players?

Pages Related to How Does College Football Recruiting Work?