How Does American Football Betting Work? 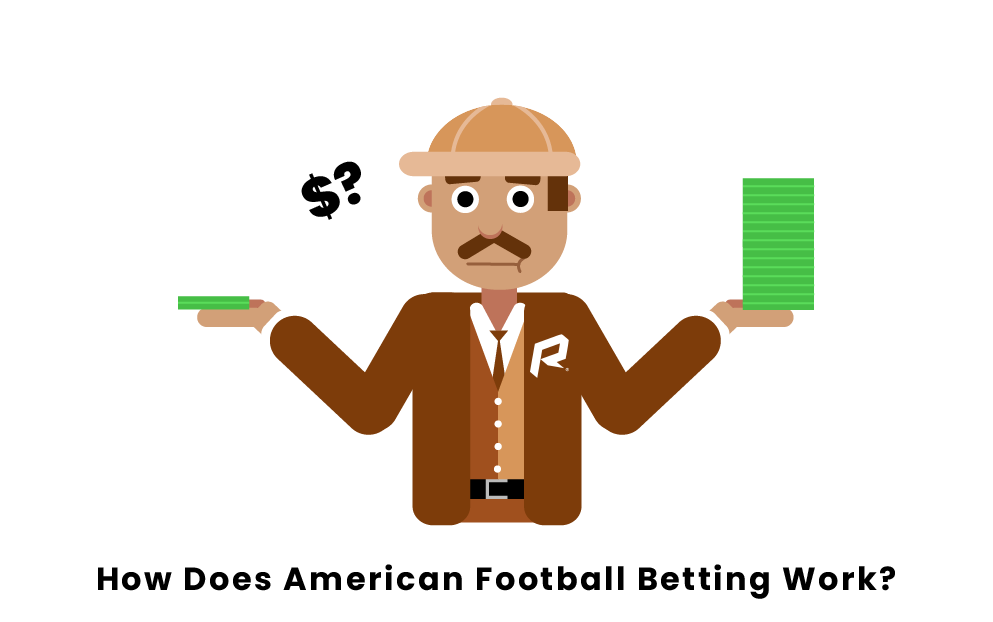 A very common point spread for the favored team is -6.5. This means that the favored team must beat their opponent, the underdog, with more than 6.5 points. This is a common bet because one touchdown and the extra point equates to seven points.

The point spread is associated with the odds. The odds are the betting line that bettors wage their money on. In the NFL point spread, the odds are .90:1. This means that for every dollar bet, a better can win .90 cents. The most common line is -110, known as the stake. Someone placing this bet has to risk $110 to stand to win $100, ultimately receiving $210.

The money line is another way to place a bet on a football team. This wager bets on which team wins the game regardless of by how many points. The favorite and underdog are indicated with a minus and plus sign, respectively. To bet on the favorite, bettors must risk more money to stand to win $100. The amount of money that is risked is the negative number stated. To bet on the underdog, a $100 bet can stand to win the positive number stated.

What are proposition wagers?

A proposition wager, more commonly known as a prop wager, is a bet on the outcome of a certain event at the football game. Bettors can make prop wagers on anything they desire. Popular prop wagers include which team scores the first touchdown in the Super Bowl, and more eccentric prop wagers is which flavor Gatorade will be poured on the winning team's coach at the Super Bowl. Prop wagers are formatted using the money line.

What is a parlay?

A parlay wager is a wager of multiple straight wagers, including the point spread or the money line. This type of wager strings multiple bets together to exponentially increase a bettor's potential winnings. If any of the bets made in the parlay loses, then the entire bet is lost.

Placing bets on an NFL game is legal only in some states in the United States. Some states have regulated online sports betting and allow betting on NFL games. Those who live in a state where NFL gambling is not legal usually resort to fantasy football if the state allows that. Bettors should not place bets on offshore betting websites as it is illegal and there is no protection to ensure you receive the winnings.

What are total wagers?

Total wagers is another way to bet on a football game. This type of wager combines the two final scores of the game, and bettors will place an over or under bet from a given number. The given number is referred to as the total. For example, if the total is 30 and a bettor placed an over bet, then the combined scores of the final game must be over 30 points.

Pages Related to How Does American Football Betting Work?