How Are Teams Selected For The College Football Playoff (CFP)? 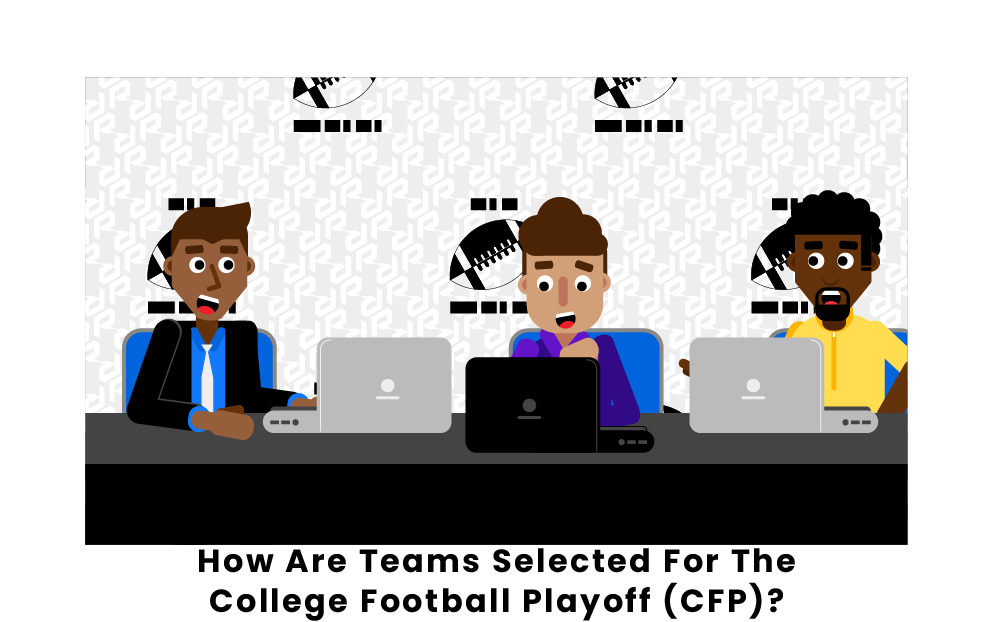 The College Football Playoff is the championship tournament for NCAA Division I FBS football, the highest level of college football. Winning the CFP is the dream of many college players, and even being selected is an honor. Have you ever wondered how teams are picked to play in the CFP? Keep reading to find out all about the selection process for the CFP.

How Does the CFP Selection Process Work?

Teams are selected for the College Football Playoff by slotting teams into the CFP bracket based on their ranking by the CFP Selection Committee. Every week during the regular season, the CFP selection committee casts votes to rank the top 25 Division I FBS teams. Their ranking is released every Tuesday. The ranking following the final week of the season is used to determine the contestants in the College Football Playoff, as the four top-ranked teams are selected for the tournament.

Seven rounds of voting take place, during which the top-ranked teams advance and are placed into smaller groups, which are also voted on. The overall ranking is based on each teams’ composite rankings across all rounds. The most important factor in the CFP Selection Committe’s votes is a team’s win record, particularly against ranked teams.

How many teams are selected for the CFP?

Four teams are selected for the CFP. These teams are the four top-ranked college football teams in the country, as voted by the CFP Selection Committee. This makes it one of the most selective and competitive playoff formats in all of sports. However, for the 2024-2025 season, the field of the CFP will expand to 12 teams, with an altered selection process.

What is the selection process for the CFP?

Who is on the CFP Selection Committee?

Former college athletic directors, coaches, and football players make up the 13-member CFP Selection Committee. At least one athletic director from each of the Power Five conferences must serve, and an effort is made to keep the membership geographically balanced. Members serve three-year terms and are nominated by their conference commissioners.

Pages Related to How Are Teams Selected For The College Football Playoff (CFP)?