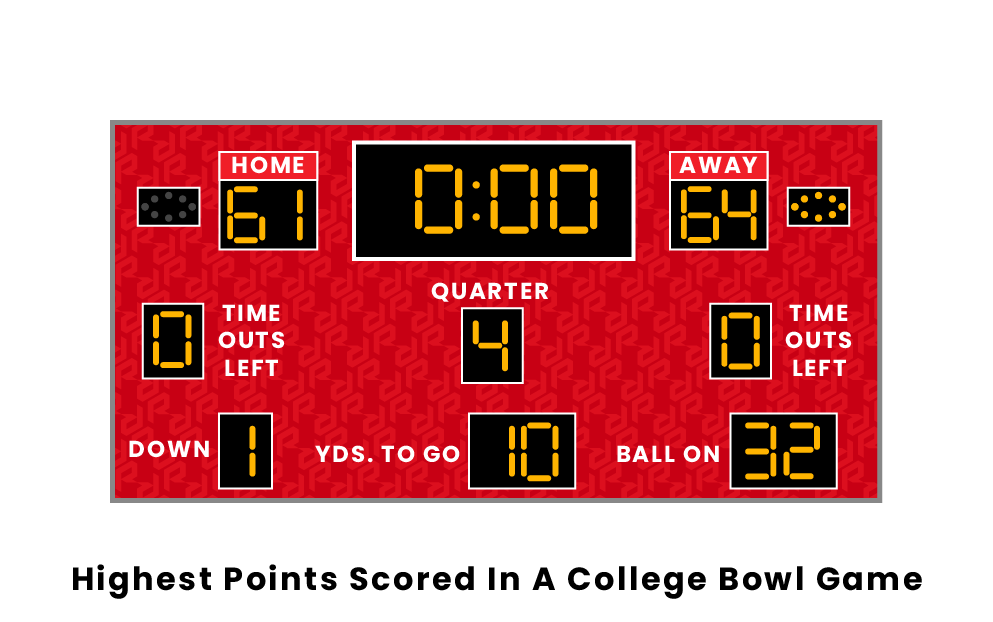 College football bowl games are some of the most exciting and competitive matchups of the season. Many bowl games feature longstanding conference rivalries and every team wants to win one. As a result, some college bowl games have been very high-scoring events. Here are lists of the games with the highest scores in college football bowl game history, both in terms of combined score and points scored by a single team.

The highest combined points scored in a college football bowl game is 125 points. This total was achieved by the Marshall Thundering Herd and the East Carolina Pirates, who met in the 2001 GMAC Bowl, on December 19th at Ladd-Peebles Stadium in Mobile, Alabama. Marshall miraculously recovered from a 38-8 halftime deficit to defeat East Carolina 64-61 in double overtime. The 2011 Alamo Bowl was a close second, with Baylor scoring 67 points to Washington’s 56 for a combined total of 122.

Most Points Scored by a Single Team

The most points scored by a single team in a college football bowl game is 70, a record shared by Army and West Virginia. West Virginia set the record first, defeating Clemson in the 2012 Orange Bowl 70-33. Army repeated the performance at the 2018 Armed Forces Bowl, beating West Virginia by an identical score. Other notable performances include Baylor’s 67-point game in the 2011 Alamo Bowl and Nebraska scoring 66 points at the 2000 Alamo Bowl.