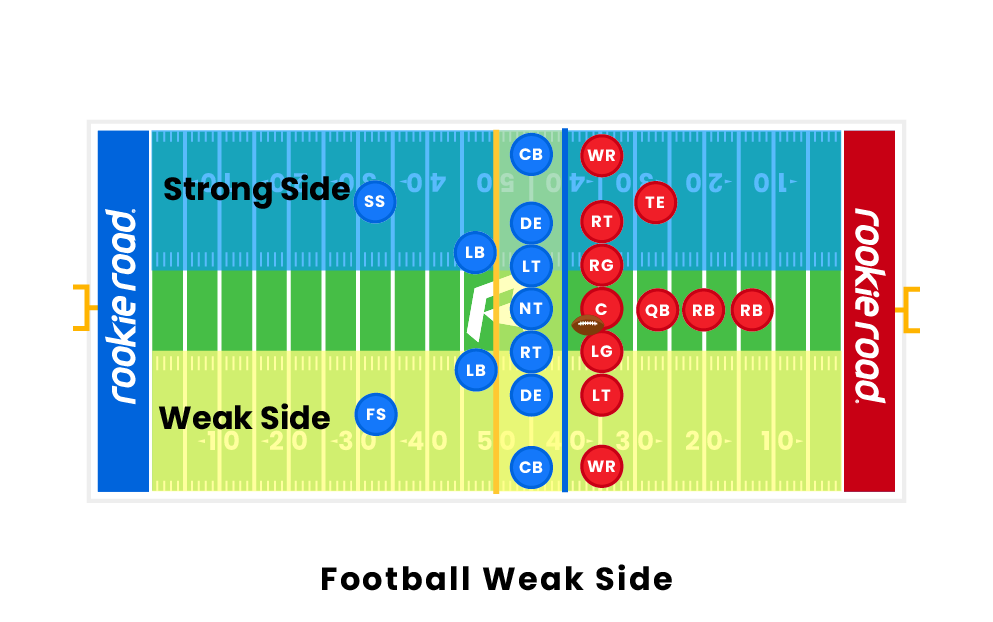 The weak side linebacker needs to be the quickest out of the strong side and middle linebacker. His main role is usually to stop the run. He often steps in to help with pass coverage. He needs to be quick on his when faced with jam ups and traffic on the field.

The weak side linebacker can’t shy away from making a tackle. He should be a player that can read the field in an instant, see openings and step into place to help out the other defensive members. He should be familiar with a one-on-one scenario, as they might happen if the offense sees an open lane on the weak side of the field. Don’t be fooled by the name, the weak side in football is where a lot of the action can occur.

Pages Related to Football Weak Side