What is a Sack in Football?

In football, a sack is when a defensive player tackles the quarterback behind the line of scrimmage when the quarterback is intending to throw the football. A sack is a major blow to the offense as it pushes them backwards in field position for the next down.

A sack is when a defensive player, usually a linebacker or a player on the defensive line, tackles the quarterback in the backfield before they could throw the ball or get past the line of scrimmage. It occurs exactly like a normal tackle, simply involving the quarterback rather than any other player. A sack most often results in a loss of yards on the play and the next down will begin after the sack. The record for the most sacks in an NFL season belongs to Michael Strahan in 2001 when he recorded 22.5 sacks. Sacks can also be .5 (half-sacks) if multiple players sack the quarterback at the same time.

What Happens after a Sack?

A sack is also recorded if the quarterback runs out of bounds before reaching the line of scrimmage. The sack is credited to the nearest defender. In the NFL, a sack removes total rushing yards from a teams total in the stats but not from the individual quarterback. In the NCAA, a sack removes rushing yards from a teams total in stats and the individual player who is tackled, including the quarterback during a sack. 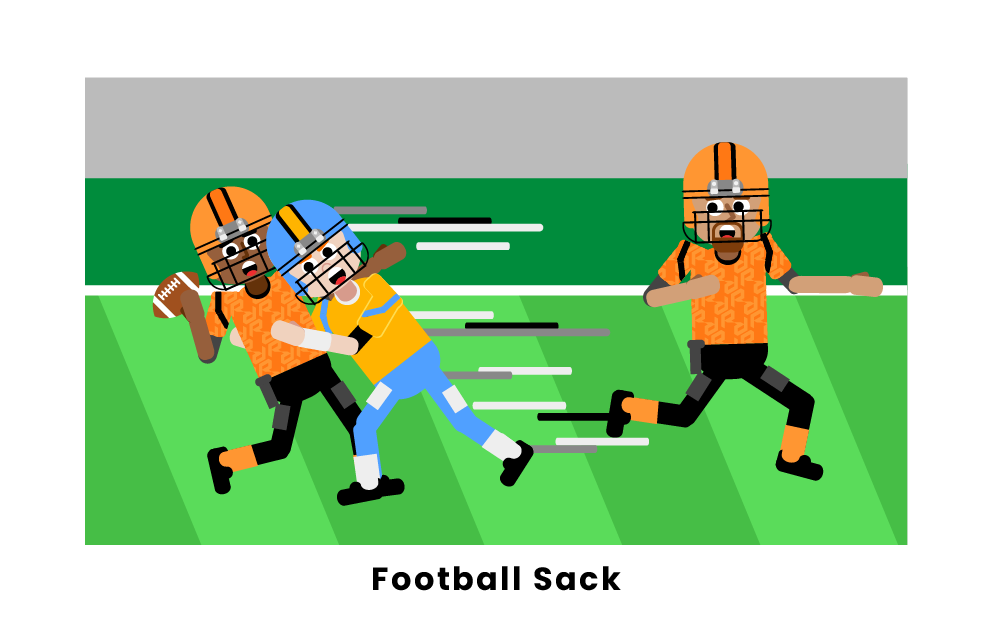