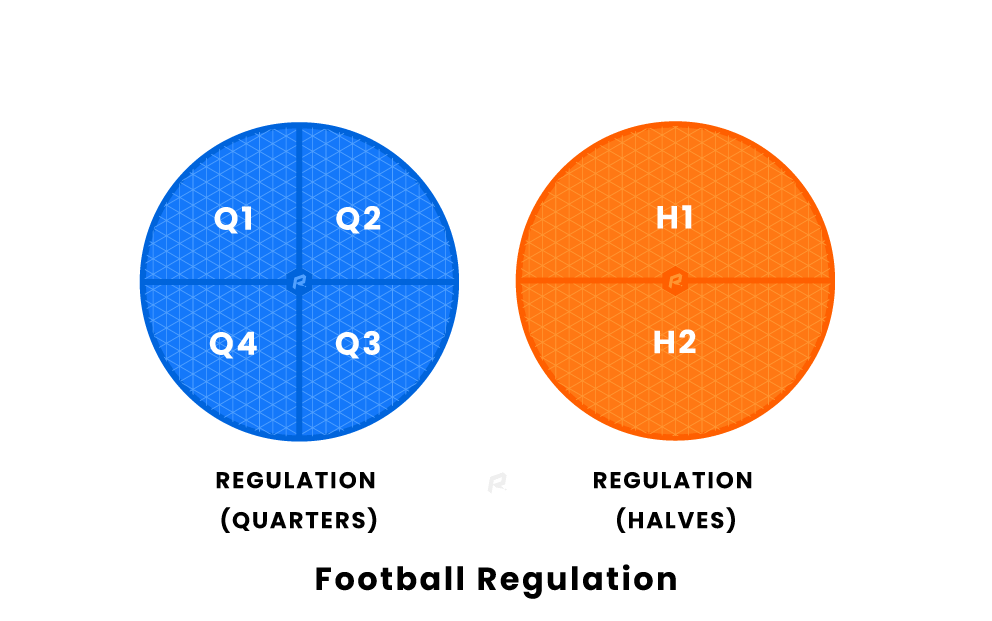 Although regulation time is 60 minutes, games often go on for much longer due to how many stoppages the game requires. Sometimes games can last for upwards of 3 hours! Unlike many other sports like soccer, football does not match up to the regulation time. The game clock always counts down time and is displayed in stadiums and is televised for viewers at home.