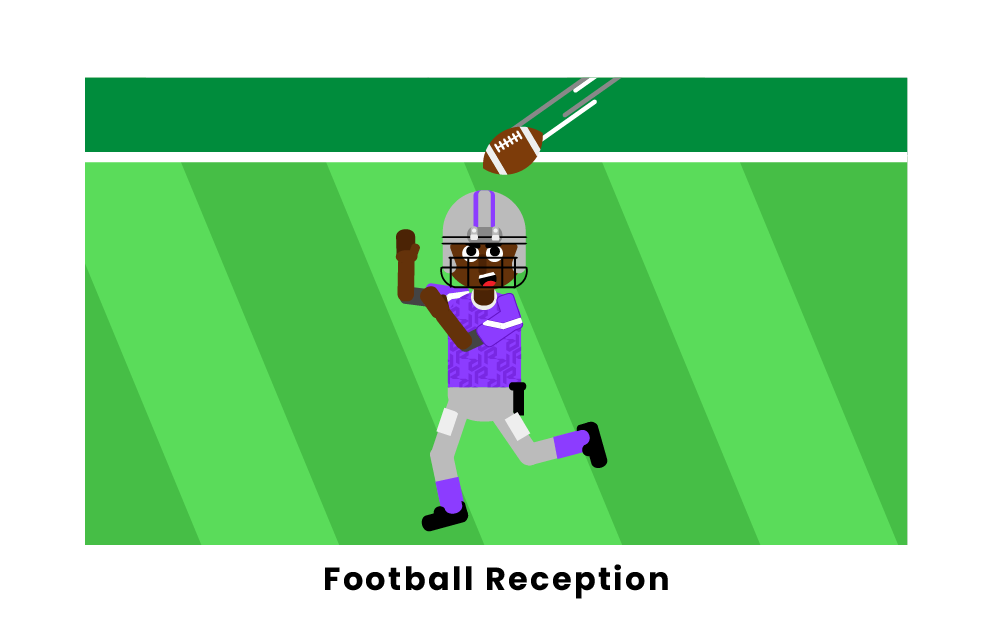 What is a Reception in Football?

A reception in football is when the ball is caught by an eligible receiver after a forward pass. It is essentially another word for a catch. However, there are some specific distinctions on what is considered a reception.

A reception must be made by an eligible receiver. Eligible receivers typically include the running back, tight end, and wide receivers. They must also not be lined up or a yard behind the line of scrimmage and remain in bounds while receiving the reception.

A reception is officially declared after the ball is caught and the receiver makes a football move. A football move is any move that declares possession of the football. Football moves include:

After possession is made, a reception is recorded. The ball carrier can fumble the football after the reception, but it is declared an incomplete pass if they hadn't made a football move beforehand.

Is a Lateral Pass a Reception?

It’s important to note that a reception is different from a lateral pass. Any sideways or backward pass (both formally known as lateral passes) is not considered a reception. A reception only moves the ball forward.