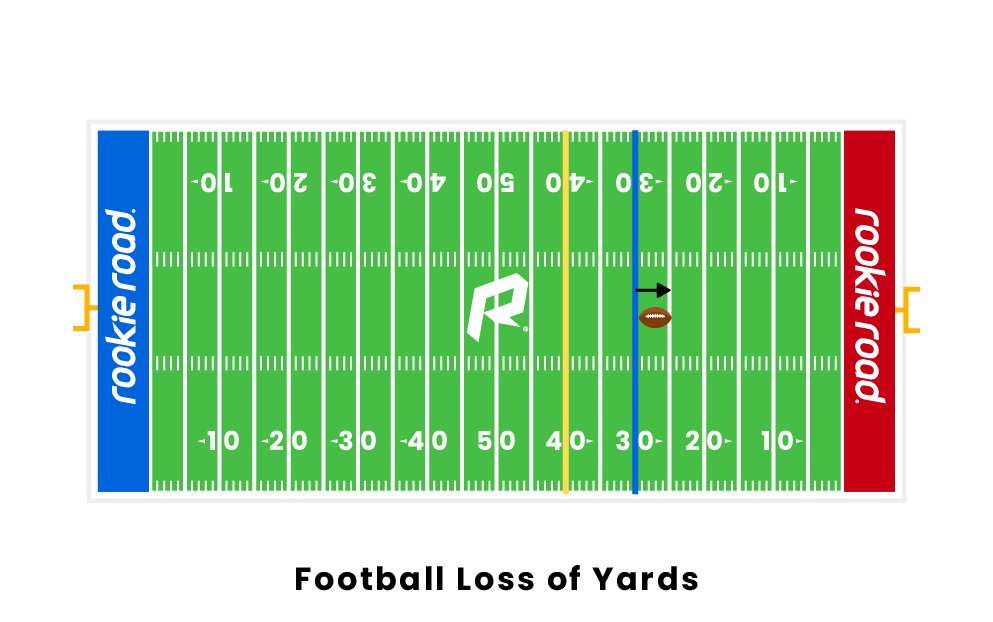 A loss of yards in football is a phrase used to describe when the ball carrier on offense is tackled behind the line of scrimmage. Loss of yards can also occur when the quarterback is sacked before the ball is released or when the offense commits a penalty.

There are three main types of yard loss in football. Each type is outlined below:

Tackle Behind the Line of Scrimmage

The ball carrier is taken down behind the line of scrimmage (the invisible line that starts where the ball is snapped and extends across the field).

The quarterback is taken to the ground behind the line of scrimmage before being able to throw a pass.

How Yard Loss Affects the Game

Losing lots of yards throughout the course of a football game makes it extremely difficult to win by increasing the number of yards the offense needs to move down the field in order to achieve first downs and keep possession of the ball. This forces the offense to throw the ball more frequently, preventing them from striking a balance between running plays and passing plays and making the offense easier to defend as a result.