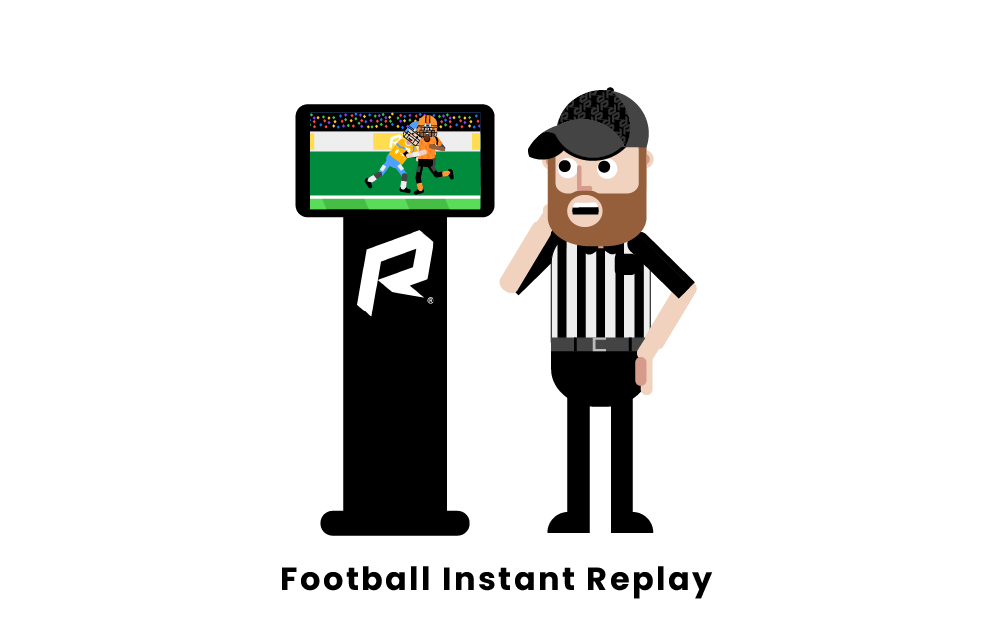 What is Instant Replay in Football?

An instant replay in football is a system in which a play can be watched on video for review. The instant replay system uses game footage from multiple angles, in high quality and often slowed down so that key parts of a play can be seen clearly. Instant replays are shown on TV broadcasts during the gaps between plays, even if there are no penalties or challenges, as they are used by commentators for the purpose of analysis. However, their most important use is in the event of a penalty, turnover, or challenge, where the instant replay is used to determine the outcome of a disputed play.

When Did Instant Replay Start in the NFL?

Instant replay was first implemented in the NFL in 1986, with the league voting to have another official in a booth with monitors to look over controversial decisions. The first-ever use of instant replay happened on the third play of the game between the Chicago Bears and Cleveland Browns, in which officials were unsure as to whether a poorly snapped ball had been properly recovered in the end zone. They went to the booth review, and the touchdown was confirmed.

The replay system was not kind to everyone, as it overturned crucial plays and turned elation into misery as previously game-winning plays became meaningless. Players and teams began to oppose the system due to it slowing down the game and changing outcomes so by 1992, it was eradicated from the league.

It was not long before many irreversible missed calls occurred, and the NFL realized they needed the ability to review calls. Under the new instant replay rules beginning in 1999, coaches decide when to review a play, with each having the ability to challenge if they disagreed with the call, rather than the officials being the ones to initiate a review. Coaches are allotted two challenges with a third awarded if both are used successfully. An incorrect challenge leads to a timeout being deducted from the challenging team.

During a scoring play, turnover, or any play within two minutes of the end of a half, a challenge flag does not have to be thrown by a coach. Rather, each of these plays is automatically reviewed by a replay official. Despite any complaints, instant replay is undoubtedly better for the NFL, as it allows the right call to be made in more scenarios than with only the official’s on-field judgment.

According to the NFL rulebook, instant replay reviews may be initiated by a coach’s challenge or by a replay official’s request for review. The following situations are reviewable: