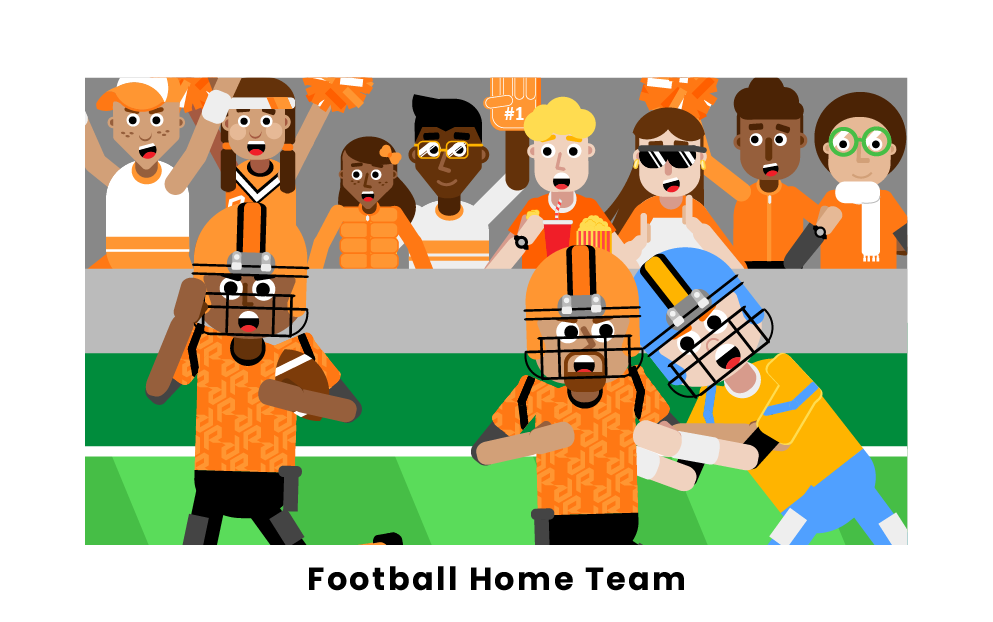 What is the home team in football?

Home team advantage refers to the various advantages that a team has playing on their home field. To start, the game is played in the same city that the team is located in, allowing fans of that team to come out and support them. Usually a team’s home games are attended by a crowd that will cheer loudly at key moments to assist the home team.

Also, climate is a factor that benefits the home team. Since the game is played in the city of the team, they are used to the temperature of that region. Teams that play in either really warm or cold climates can have an edge over their opponents if that is not a temperature they are used to. Lastly, away teams have to deal with travel fatigue.

Being the home team in a football game offers a few differences than being the away team. For starters, the home team is allowed to pick the jersey color they want to wear for the game. Most teams wear their colored jerseys at home, leaving the white jersey to be worn by the away team.

Home teams have their cheerleaders at home games as well as their mascot. Home teams also get the ability to control the music and sound effects that are played through the stadium speakers.

The one negative of being the home team in football is that you do not get to call the coin toss at the beginning of the game.