After a fair catch, the offense starts with the ball at the spot of the fair catch was signaled.

Players on the kicking team may not interfere with the returner's attempt at catching the ball. A penalty called Fair Catch Interference is given to a player that touches the player. 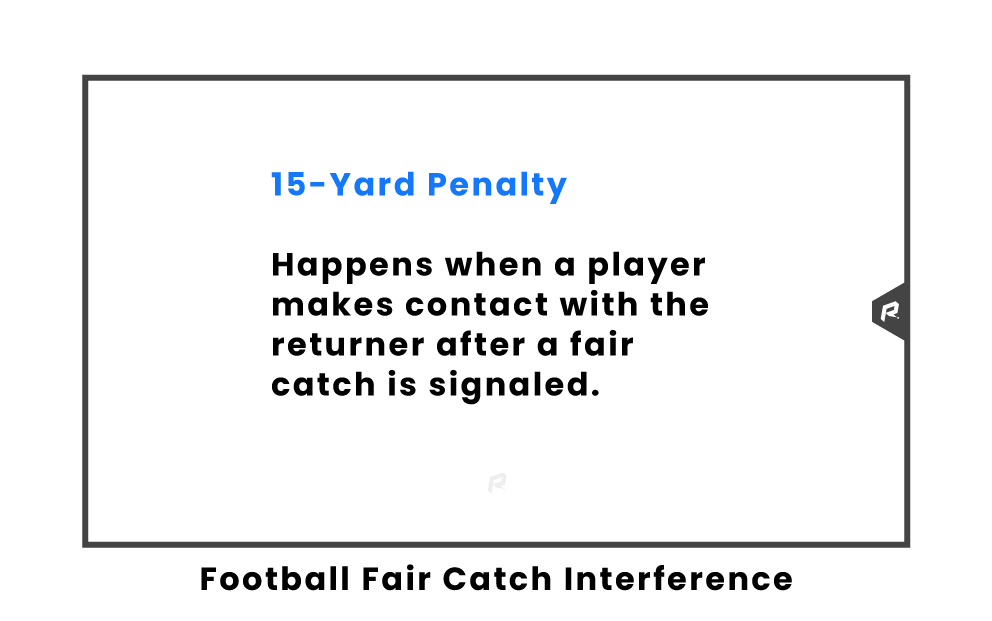