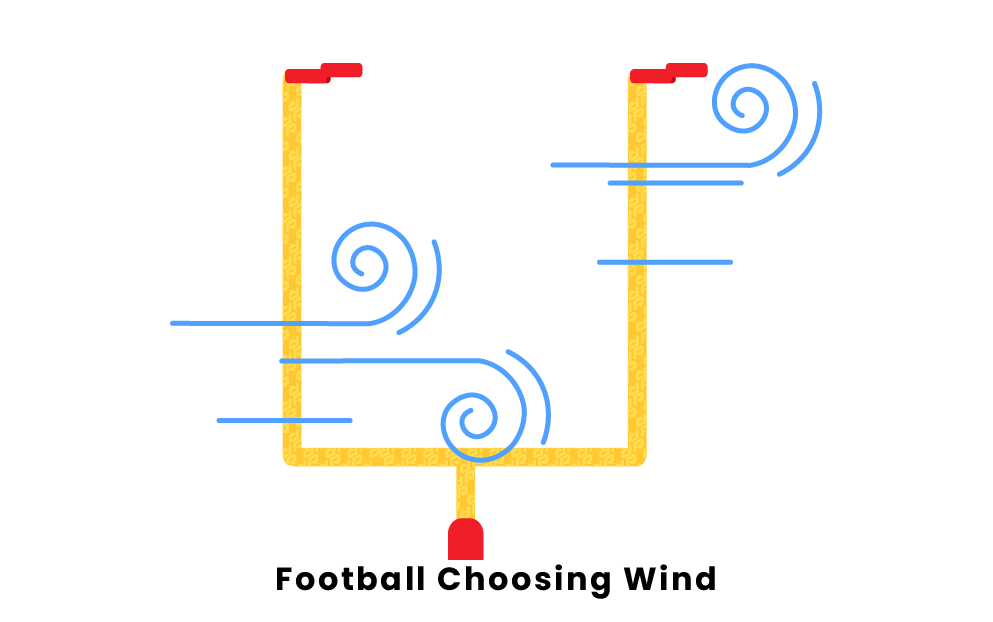 In football, choosing wind is another term for the option of deciding which end of the field a team would like to defend first. Regardless of which side they choose, the teams switch defending end zones at the end of the 1st and 3rd quarters.

In football, there are three coin toss options to choose from:

Wind and weather have a major effect on football games, especially since many stadiums are outdoors. The wind direction has a major impact on passing, kicking, and punting. A team can strategically choose which direction of the field they’d like to defend during the game or in overtime if there are heavy winds expected. In case of a game-winning field goal, the kicker could thus have help from the wind.

If the kicker is kicking with the wind, it will carry the ball further. If they are kicking against it, it is much harder to kick the ball far. The wind and weather can also have a major effect on punts, making them fly longer or shorter, similar to kicks. The weather can also make the ball bounce more off a punt.

Do Teams Prefer to Go With or Against the Wind?

If a team is going to choose which direction to go in, they will always choose to go with the wind. It allows teams to pass or kick the ball further. However, the team may choose to go against the wind in the first and third quarters so they will be going with the wind in the fourth quarter. This will increase their kicker’s range in the most important moments of the game.