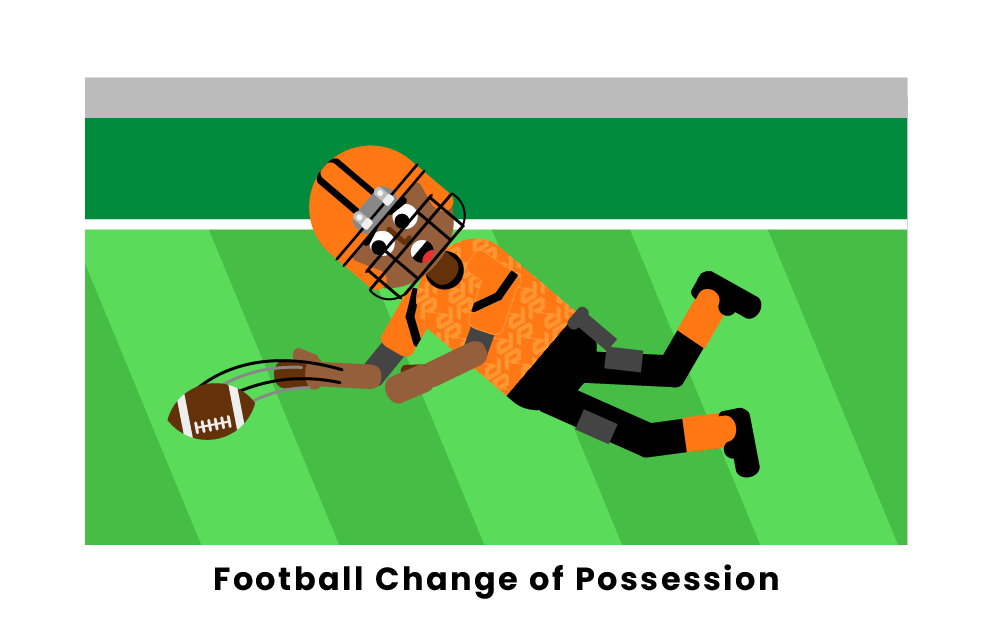 Turnovers include fumbles, interceptions, and turnovers on downs, all resulting in one team losing the football and possession being turned over to the opposing team (assuming the team that fumbled does not recover the fumble).

A missed field goal results in the opposing team receiving the ball at the spot of the kick. Since field goals are taken on fourth down, if the kicker misses, the offense loses the ball since they did not convert for a touchdown or a first down.

Punts and kickoffs differ from missed field goals or turnovers because they are voluntary changes of possession. Both involve the punter kicking the ball to the other team so that they can start their drive down the field. The kickoff occurs at the beginning of both halves, while punts occur after failed attempts to drive down the field for a touchdown.