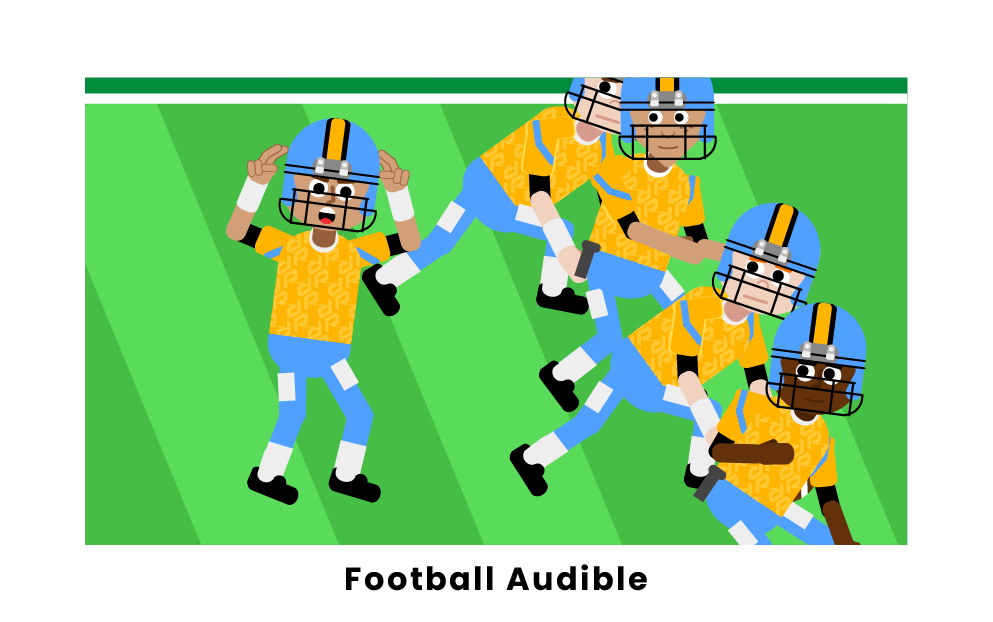 What is an Audible in Football?

In football, an audible is a pre-snap formation adjustment, typically made by the quarterback. Often, the offense or defense will huddle up and call a play but then have to make changes on the fly based on what they see prior to the ball being hiked.

From an offensive standpoint, the quarterback is the player that calls the most audibles. After the play has been called, the quarterback might notice that the defense is aligned differently than the offense expected. Upon realizing this, the quarterback may call an audible at the line of scrimmage, verbalizing the changes to the rest of the offense or making hand gestures to ensure that everyone is on the same page. Audibles can range from drastic changes, such as changing from a pass play to a run play, or simple changes, such as altering the route of a receiver.

Audibles also exist for offensive linemen. The center is usually in charge of relaying the audibles to the rest of the offensive line, with the most common adjustment being a modified blocking scheme to account for a blitz (the defense sends extra players after the quarterback rather than having them drop back into coverage).

Defensive audibles are relayed by the middle linebacker, who is often the captain of the defense and responsible for a majority of the play calls throughout a game. Most defensive audibles pertain to coverage adjustments. For instance, if the defense notices that the receivers are aligned in a way that suggests the offense is likely trying to complete a pass deep down the field, the middle linebacker will likely change the original play and tell their defense to switch to a coverage that protects against long passes.