Football Against The Wind

What is Against the Wind in Football?

In football, to be "against the wind" means that a team is placed on the side of the field that is opposite of the way the wind is blowing. This means the wind and the team are essentially colliding. At the beginning of every game, a team will choose which side they want to defend first. This decision can be made depending on when the team wants to play against the wind, either the first half or second. It is more common to play with the wind at your back during the first half, as the wind can change in an instant and players want to take advantage when they can.

Effects of the Wind

Playing against the wind affects a few things, mainly passes and kicks. Playing against the wind can affect the way a player's pass is performed. Wind can skew the ball to either side and also prevent the ball from reaching further distances down the field. Punts can also be affected by the wind. The wind can also influence the way that the officials call the game. Whether or not they take it into consideration, the wind can change the course of a game.

Although it's not extremely noticeable, many teams, even beyond football, would agree that going with the wind benefits the team. It gives the ball an extra push and prevents the runner or kicker from experiencing any wind related problems. The benefits of playing with the wind are not dramatic, but always preferred by teams. 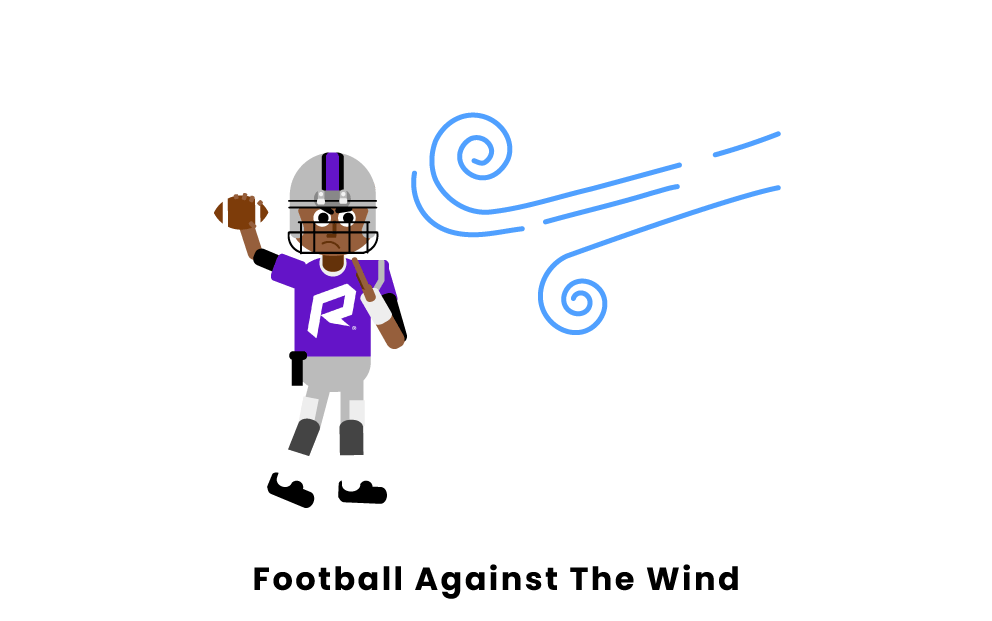 Pages Related to Football Against The Wind