What is the 40 Second Play Clock in Football?

The 40 second play clock is a timer that is designed to maintain a steady game pace, giving the offense 40 seconds to begin a play after the previous play has been completed. 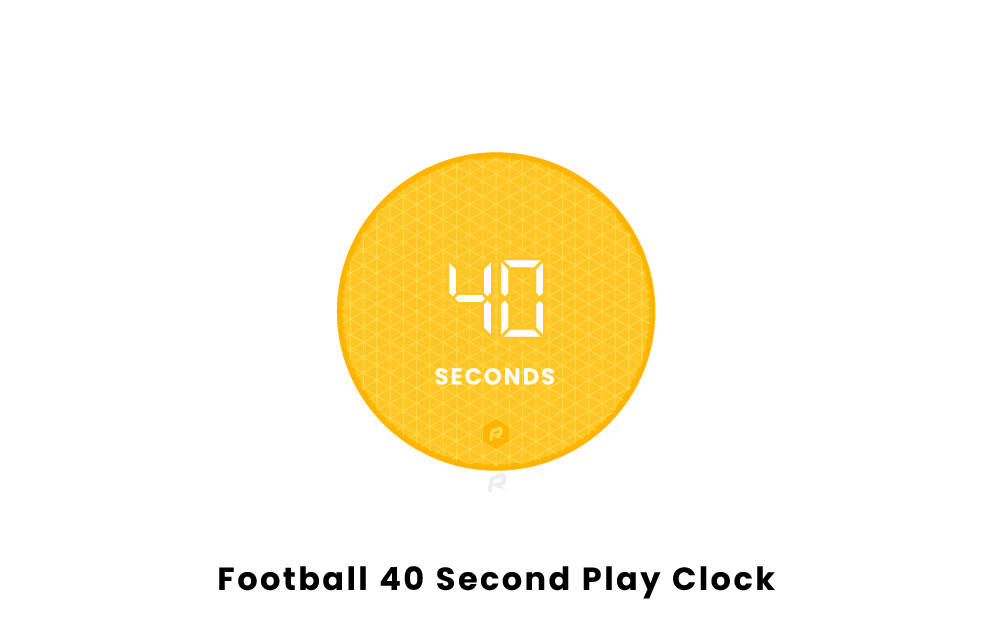 When Does the 40 Second Clock Begin?

The clock starts to count down immediately after a play is whistled dead, meaning the ball carrier has either been brought to the ground by a defender or a pass has fallen to the turf. The offense then has 40 seconds to hike the ball and begin the next play. Within the 40 seconds allotted, the offense must form a huddle, call a play and get in position prior to the ball being snapped. In order to preserve time, the offense occasionally elects to use a 'no huddle' strategy, in which two or more plays are called at one time to negate the need for a pre-snap conference.

Play clocks are designed to maintain a relatively fast-paced game. Without a play clock, offenses could take several minutes to get organized in between plays. If permitted to do so, games could take upwards of 5 hours to finish, which tends to be far less entertaining than the standard three hour timeframe fans have come to expect.