What is the 25 Second Play Clock in Football?

Football games consist of four quarters where each quarter is 15 minutes long. However, the clock is not constantly running. There are certain scenarios where the clock is stopped and then restarted,  and the players are required to act quickly or else they could lose possession. Similar to the shot clock in basketball, the 25 second clock prevents unnecessary waiting and keeps the game interesting.

After a timeout or any other instance where the play has stopped, the offensive team has 25 seconds to play the ball after the referee set the ball down. This may seem like it rushes the players, but there’s reasons that there are time limits on plays.

Running Out the Clock

Depending on the play, you might hear that a team may choose to run out the clock, meaning they take their time setting up or running a play so that clock runs out before the other team has a chance to steal the ball and score. However, for certain plays, the clock doesn’t stop. This means that players must act quickly if they are down in points and want to take the last few moments to try to score.

To signal the start of the 25 second clock, the referee will hold his right hand with his palm out after placing the ball down on the field. When he “pumps” his arm, that means that the clock has begun and the game has restarted. After the player moves the ball, the clock goes away until the next situation. 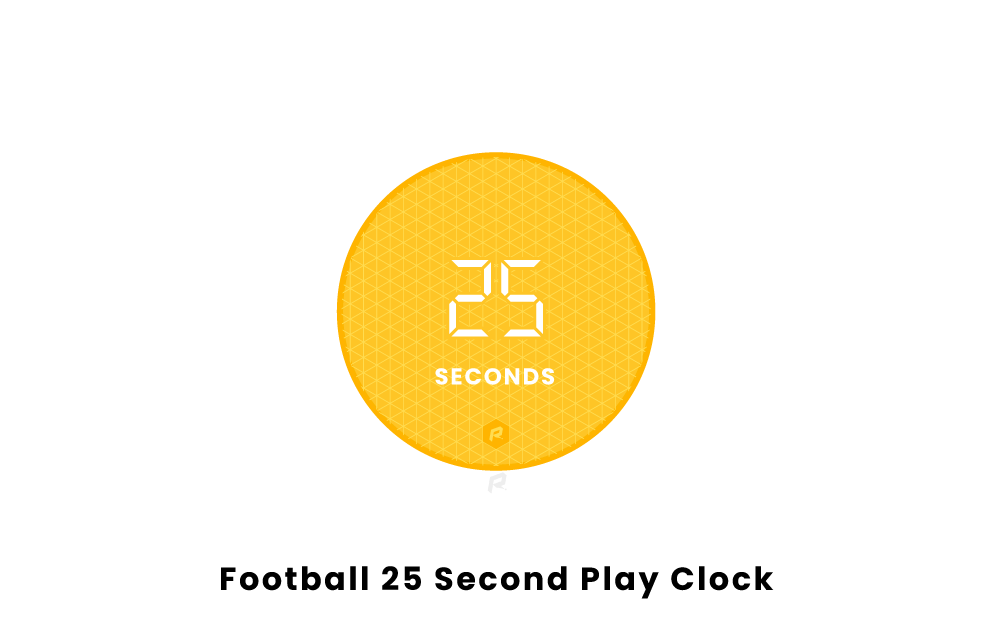