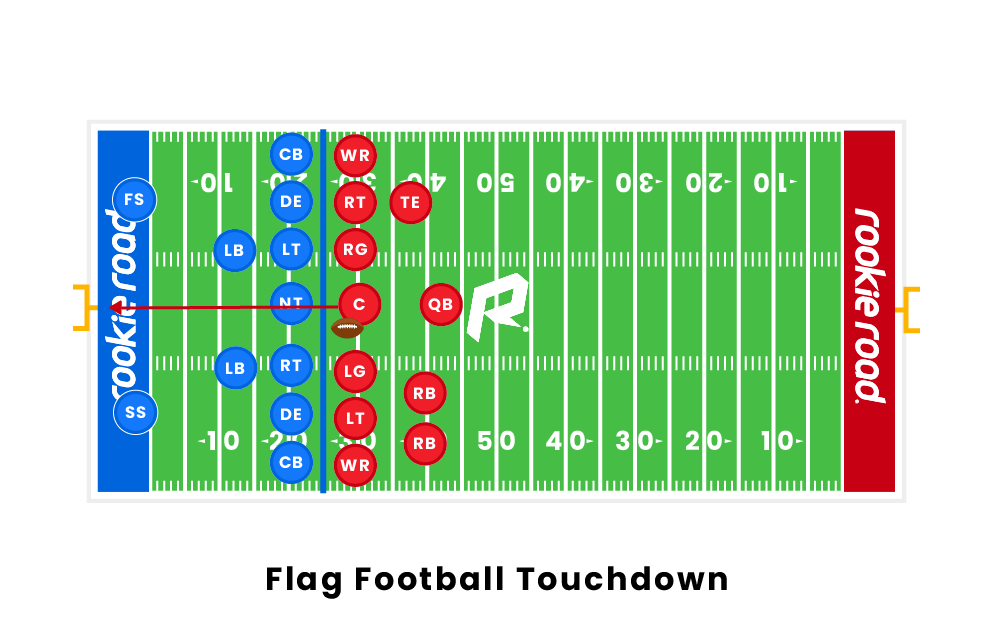 What is a Touchdown in Flag Football?

Touchdowns follow the same rules in flag football as they do in the NFL, college, and high school football. It is the main way teams can score in flag football, and also has the highest point value for scoring.

How Does one Score a Touchdown in Flag Football?

In order to score a touchdown in flag football a player must cross the goal line and get into the end zone with possession of the football. The end zone is 10 yards deep and 40 yards wide. Players can either catch the ball inside of the end zone or carry the ball over the goal line. As long as the player with the ball remains within the boundaries of the field and breaks the plane of the goal line, then the play is a touchdown.

How Many Points is a Touchdown in Flag Football?

A touchdown on its own is worth six points and is followed by an opportunity to add 1-3 points in an extra point try (also known as a field goal).

What Happens after a Touchdown in Flag Football?

After a touchdown a team is able to try for an extra point. Teams actually have a chance to decide how many extra points they want to go for, depending on what yard line the ball is placed on.

Another variation is that a pass caught in the end zone is worth 1 point, and if the ball is carried into the endzone on a running play it is then worth 2 points.

After the scoring is complete, the possession changes over to the other team who will either field a kickoff or start with the ball on their own 14 yard line.