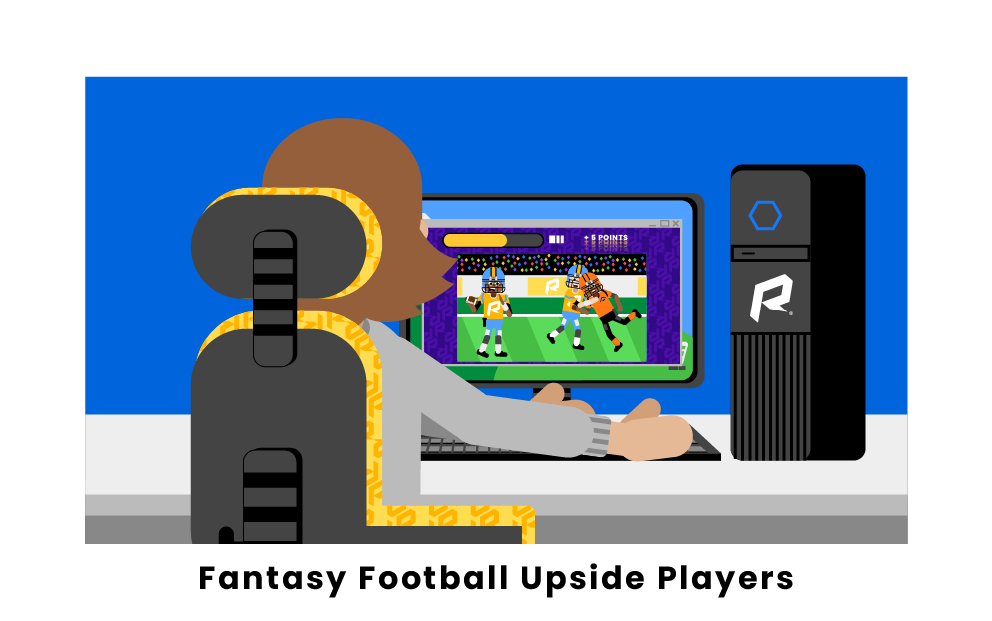 An upside player in fantasy football is a player who has the potential to surpass expectations and provide a lot of fantasy value. The key to upside players is that the expectations surrounding them are fairly low. This means they can be drafted in the late rounds, or even added from free agency. This is advantageous because the general manager who acquires them does not have to use up a top draft pick on them.

Players who are strong candidates to be upside players include:

All these types of players have the ability to surpass expectations because their projections are either unknown or poor. This drops the players’ draft stock, allowing them to be nabbed late in the draft while having a boom-or-bust quality.

How To Find Upside Players

Upside players can be found by researching individual players and the circumstances which have lowered their value. For instance, if a player has been injury-prone in the past but has the skill-set and potential to be a star player, they are an upside player.

If you are struggling to identify upside players on your own, there are many websites that can help you. Fantasy sites such as FanDuel have rankings of expected upside players. Other websites with similar features include Fantrax and Lineups.com.

What is an upside player in fantasy football?

In fantasy football, an upside player is a player who will likely surpass expectations and add a lot of fantasy value to a team’s roster. Upside players are similar to sleepers because they are also players that are not being adequately represented for their value on the field. Upside players are a great way for fantasy owners to get great players without sacrificing top pick spots.

How do you find upside players in fantasy football?

To find upside players in fantasy football, you must look at players who are perceived to be lower value but have potential to be solid contributors. Fantasy projections may perceive a player as going in the fourth round due to injury concerns, but the player is playing for a new team that fits their style of play. This would be an example of an upside player.

What are some upside players for the 2022 fantasy football season?

For the 2022 season, one of the best upside picks is D’Andre Swift of the Detroit Lions. Fresh off an AC joint sprain, he seems prepared to continue the streak his injury halted and more than ready to make up for lost time. Another great upside pick is Chase Edmonds of the Miami Dolphins. He may not be a star draft pick, but his reception history and explosive nature on the field make him likely far more valuable than initial estimates took into account.