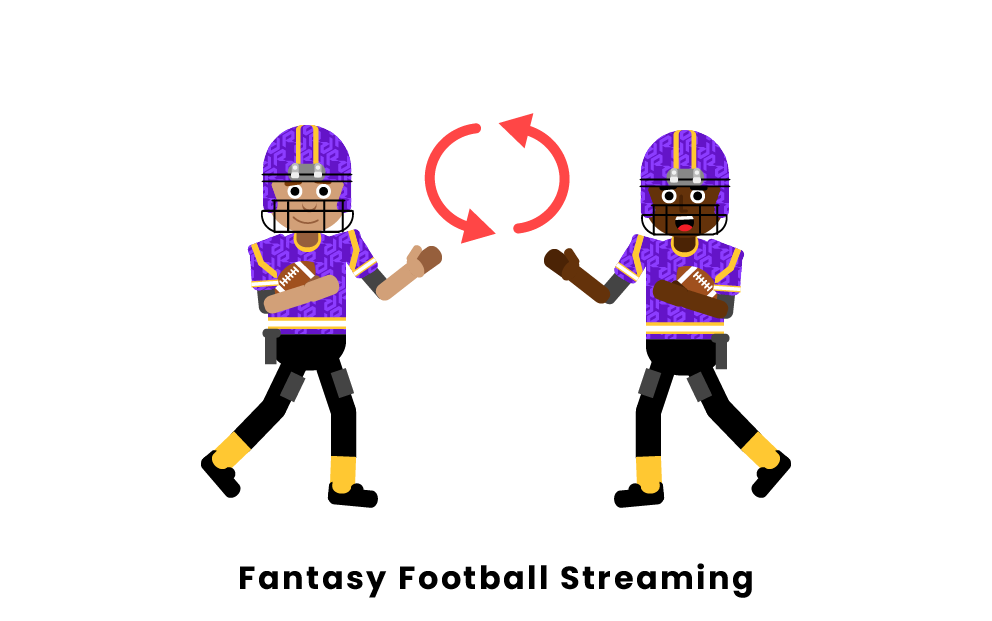 What is Streaming in Fantasy Football?

Streaming in fantasy football is a strategy in which an owner constantly changes out players rather than using players on a week-to-week basis.

Fantasy owners often elect to stream players when they lack a reliable, consistent starter at a particular position. While there are some players that are matchup proof, meaning they are extremely talented and tend to score lots of fantasy points regardless of how good the opposing defense is, many players are only useful when facing a poor defense.

How to Stream Players

Streaming relies heavily on the add/drop strategy. A player that is used in a manager's lineup one week is often released into free agency in exchange for a different player the following week. Player availability is a crucial component within the streaming process, as fantasy owners that practice this strategy are relying on decent players being available for pickup on a weekly basis.

The kicker (K) and defense/special teams (D/ST) positions tend to be streamed the most. This is because kickers and defenses are extremely volatile, and their performances tend to vary greatly based on matchups. Fantasy owners tend to pick up defenses that are facing poor offenses, due to the high probability that the defense allows a small number of points and forces several turnovers. Kickers also tend to thrive when a low-scoring offense is facing a talented defense, as the offense will likely be unable to score touchdowns and have to settle for field goals for much of the game.