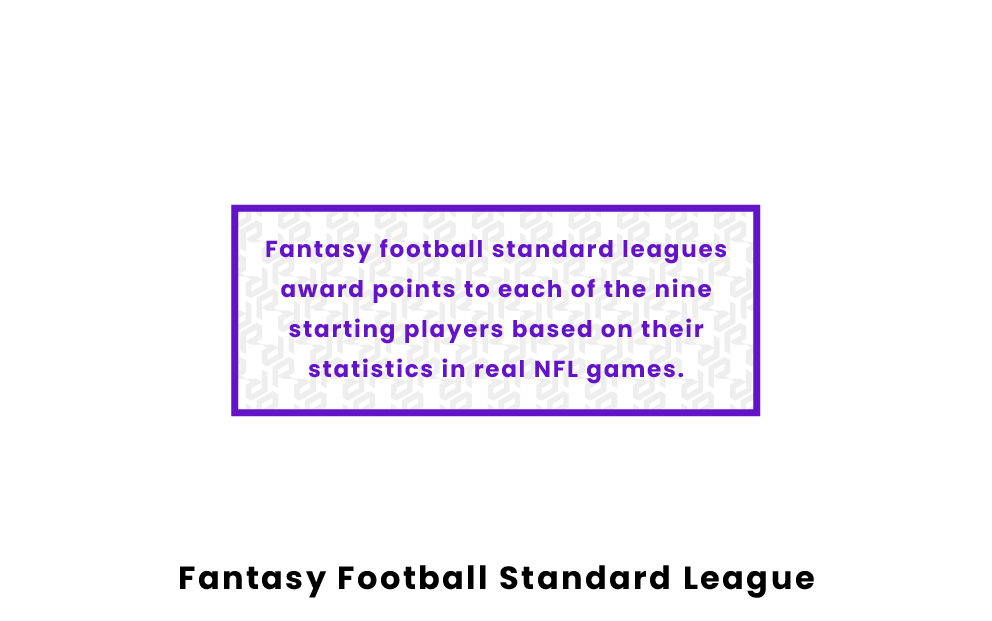 The standard league is known for its basic scoring system, below is a chart that has fantasy point values for each scoring action.

How many players do you start in your lineup?

Along with the nine starters you will have a certain amount of  bench players (depending on your league). Most leagues include seven bench spots and one or two injured reserve spots.

Of the other league types, the points per reception league is most comparable to a standard league. All scoring point values remain the same other than the addition of receptions counting as a point. An additional point is added for every catch a receiver makes. It is a small change, however, the league does become slightly more complicated as players that catch a higher volume of passes become more valuable.

Half PPR leagues are similar to PPR leagues, except instead of one point per reception, receptions yield only half of a point. This is the preferred scoring system for many leagues because it does not overexaggerate rewards for receptions, but still gives receivers who make a lot of receptions a boost.

Should you join a standard league?

What is a standard league in fantasy football?

What is a PPR league in fantasy football?

How does scoring work in a standard league?

In a standard league, most points are scored through yardage and touchdowns. This is why certain positions, like the top running backs, are so highly valued during the draft. However, points are also awarded to the defense and special teams for turnovers, sacks, blocked kicks, and field goals.