Fantasy Football Running Back By Committee 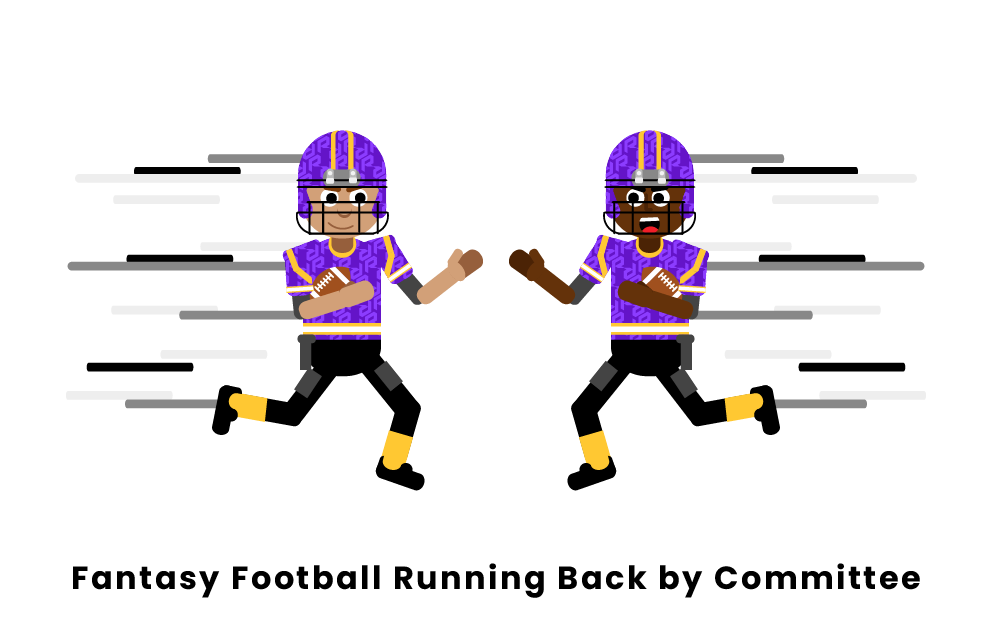 What is Running Back by Committee in Fantasy Football?

Running back by committee is a popular strategy in which teams use two running backs, giving each a fairly equal share of playing time. This approach is often referred to as a “committee” due to the fact that there is no clear-cut lead running back being guaranteed a vast majority of the snaps.

Why Do Teams Use a Committee?

A committee can be a great way to catch opposing defenses off guard. One of the running backs is generally a “bruiser,” who is a strong running back that can be relied upon to gain yards up the middle on early downs. The other running back is usually a “speedster,” excelling at running towards the outside of the field and catching passes on third downs or other obvious passing situations. The contrast in styles between the two running backs forces the defense to make constant adjustments in order to account for both power and tremendous speed within the same offensive drive.

Teams That Use a Running Back by Committee

What is running back by committee in fantasy football?

Which NFL teams have running back by committee?

Running backs are very valuable because yardage is one of the key ways to score points in fantasy football. In PPR leagues, pass-catching running backs are even more valuable, sometimes as valuable as even some quarterbacks, because additional points are given for each reception that a player makes.

Pages Related to Fantasy Football Running Back By Committee