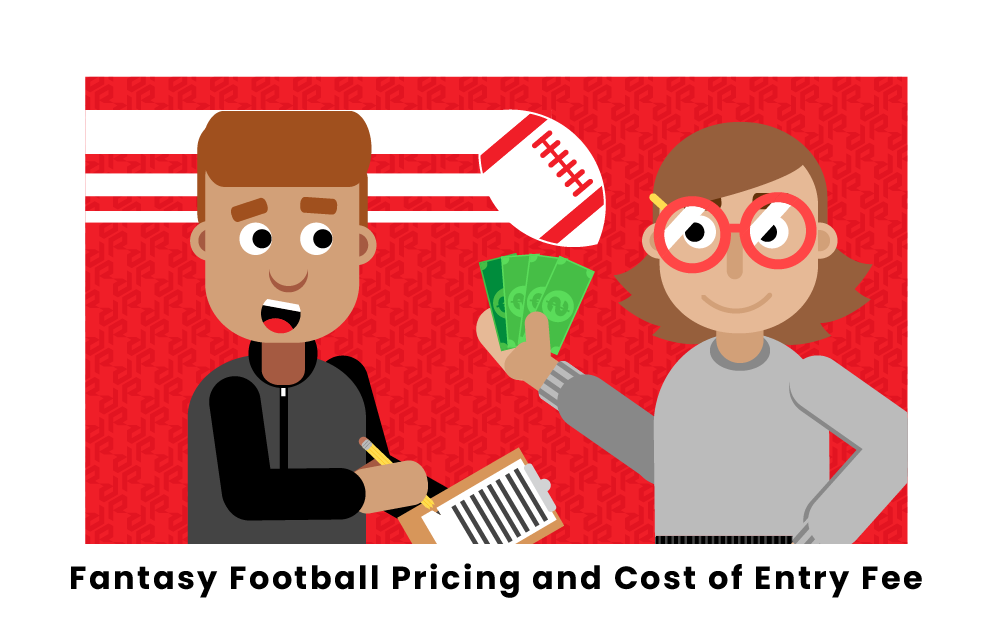 How exactly do sites calculate the cost of players in an auction draft in fantasy football? And how much does it cost to play in a fantasy football money league? The answers are really quite simple. Let's dive in!

Value for Your Dollar

In auction drafts, players are assigned dollar values to be bid on during the draft. You'll notice that the best players in the league usually cost the most money. Websites will calculate the cost of players based on their value. Here's a list of some value-related statistics they may use to calculate the cost:

The more valuable a player, the more the league will charge you to get them on your team.

Each Fantasy Football website uses different algorithms to calculate the values of each of the players, and they all keep them hidden from the public. Costs can also differ from website to website because they have different budgets for participants to pay salaries with. The cost of an elite player would be higher on a site with a larger budget and vice versa.

The value of each player can change throughout the season, depending on how they are playing. Since values during the initial draft can be based on the last season’s play, a player’s value during the season will increase if they are performing better than expected and decrease if their play is worse than expected. Using this information as the season goes on will help you to take advantage of low costs when they appear and get ahead of the competition.

Money leagues require a fee to be paid in order for you to participate. These fees can be as little as $15 or higher than $700, depending on the amount of money you can win. The cost of participation in the league is the required cost of entry charged at the beginning of the league, which may contribute to the total prize won by the winner at the end of the season.

Most fantasy football leagues are free to join, so they do not cost money. However, many fantasy players like the thrill and challenge of playing for money, so leagues require a buy-in from each fantasy manager. These buy-ins fund the prize pool, with prizes typically paid out to the top three finishers in the league. If you prefer to play for free, no-cost leagues are available on sites such as ESPN, NFL Fantasy, and Yahoo Fantasy.

How much does fantasy football cost?

Fantasy football does not cost anything unless you want to play in a money league. Many people play for free in public and private leagues on fantasy sites like ESPN and NFL Fantasy. If you choose to play in a money league, fantasy football can cost as much as you like. Buy-ins start as low as $20 and range as high as thousands of dollars in high-stakes money leagues. Remember, only stake as much money as you are comfortable losing.

What is the average fantasy football buy-in?

According to statistics, the average buy-in for fantasy football leagues was $50, which correlated with average first-place winnings of $350 and second-place winnings of $150. Participants also spend an average of around $130 on draft parties.