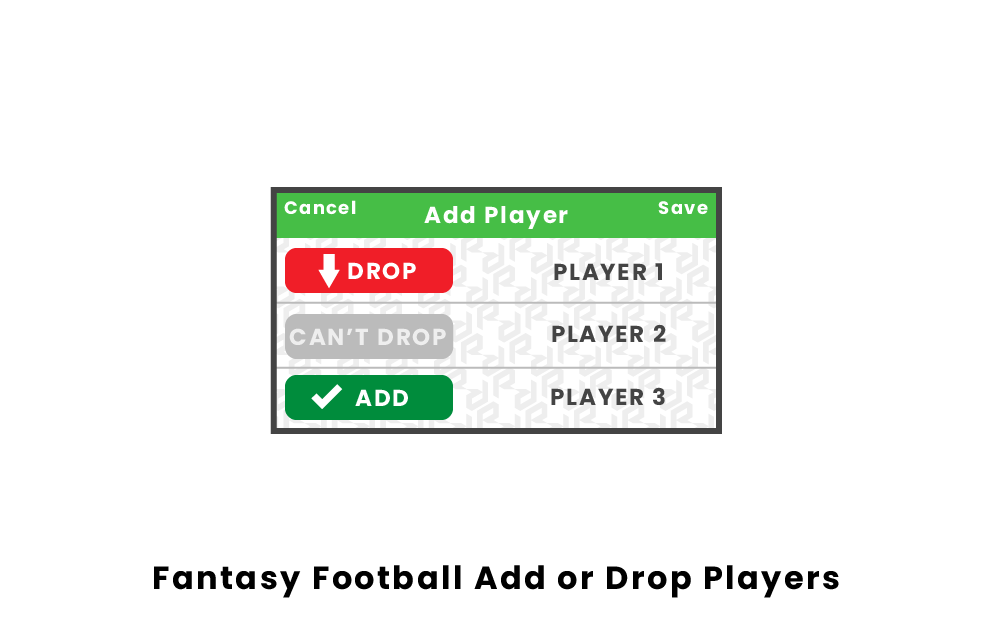 What is a Pickup in Fantasy Football?

A pickup in fantasy football is the act of adding a free agent to your roster. In most leagues, there is a limit on how many players each roster can have. Thus, adding a free agent requires the general manager to drop a player to make room on the roster.

Players can either be unavailable or available in fantasy football. Unavailable players are those who are already on a team’s roster. If a player is available, they are either on waivers or they are a free agent. Free agents can be added immediately, whereas if you try to add a player off of waivers there is a waiting period after you claim them.

Many leagues will have an acquisition limit per week or per season. This sets a cap on how many times a general manager may pick up a free agent and drop a roster player per week or season, respectively.

Bye Weeks and Strategy of Pickups in Fantasy Football

Each player has one bye week during the season where their team does not play. This means general managers may have to pick up temporary players to fill in for the players on bye weeks.

If you drop a player, they will be placed on waivers. Players on waivers can be picked up too, but the player won’t be added until the following Wednesday. If two players try to add a player off waivers, the player higher up in the waiver order will get the player.

If you see a great player in free agency who won’t fit into your starting lineup, it is still a good idea to pick up the player. Even if they won’t crack the starting lineup on your team, you can trade them to another team for a valuable piece.

If you can’t decide who to pick up as a temporary player, their opponent rank is an important factor to consider. Players facing off against bad defenses are a good add for one week, as they could easily score many points.

How do you pick up players in fantasy football?

In fantasy football, you pick up a player by adding a free agent to your team’s roster. Majority of the time, you will need to first drop a player before you add a new one. This depends on your league’s rules on limiting how many players can remain on a single roster. You should always check the waiver wire to see what new players are available to be picked up before the next game.

When can you pick up players in fantasy football?

Players are available to be picked up at any time, given they aren’t currently owned by another team. However, if you pick up a player off of waivers, the waiver claim will not go through until the following Wednesday. This prevents players from making pickups right before a game, and ensures that each team has a fair shot of claiming a player off of waivers.