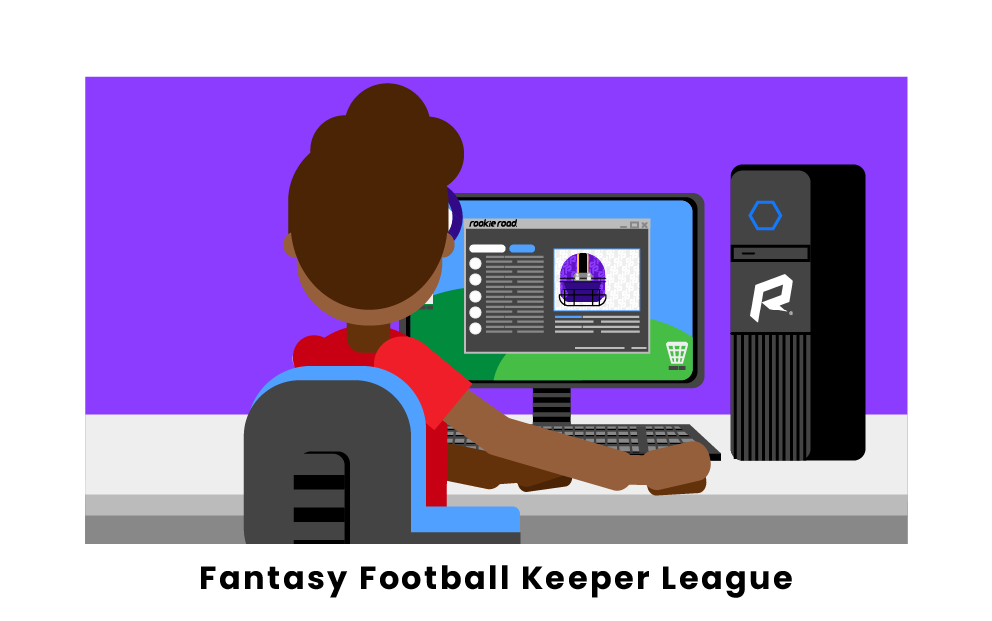 What is a Keeper League in Fantasy Football?

A keeper league is a type of fantasy football where a few players on each roster are retained after the season is over. This means that each owner can build around a specific player or group of players who they want to be on their team for years to come.

The first year of a keeper league will feature a standard draft, with each team filling out a roster. The only strategic difference in this initial draft is that owners will give more value to younger players who could potentially become superstars in order to prosper in future years of the league.

There are many different variations of rules in keeper leagues. Some rule sets prohibit keeping a player for a certain number of years, while others make owners forfeit the next year’s pick for whichever round their kept players were drafted. Occasionally, leagues will assign monetary values to draft slots and will create a maximum salary cap, with the kept player’s value doubling each season they are retained to decrease an owner’s ability to have the same players for extended periods of time.

At the end of each season, all the players who were not kept on a roster plus all other free agents and rookies will be put into a pool to draft from. Determining the draft order can be done by using the previous season’s standings or a lottery system to discourage tanking a season.

Keeper leagues require team owners to draft with different strategies than they might in a standard draft league. Normally, owners pick a fresh batch of players every season and start with the same clean slate as everyone else. In keeper leagues, you must decide at the end of each season who you wish to keep and what you would trade to forfeit an open spot in the next draft.

It is also especially important in keeper leagues to not make any bad trades or acquisitions, because an owner’s franchise could be greatly impacted for the next few seasons. This might mean keeping tabs on old and new players outside typical fantasy seasons so that you are always aware of what you have and what you might want in the future.

What are the rules of a keeper league in fantasy football?

In fantasy football, the rules of a keeper league vary from league to league. The one constant though is that at least some players remain on team rosters after the season has ended. For everything else, owners may decide to forfeit certain rounds or make other deals in order to keep certain players. There also may be time limits for how many seasons an owner can hold onto each player.

What is a keeper league in fantasy football?