Fantasy Football How To Create A League 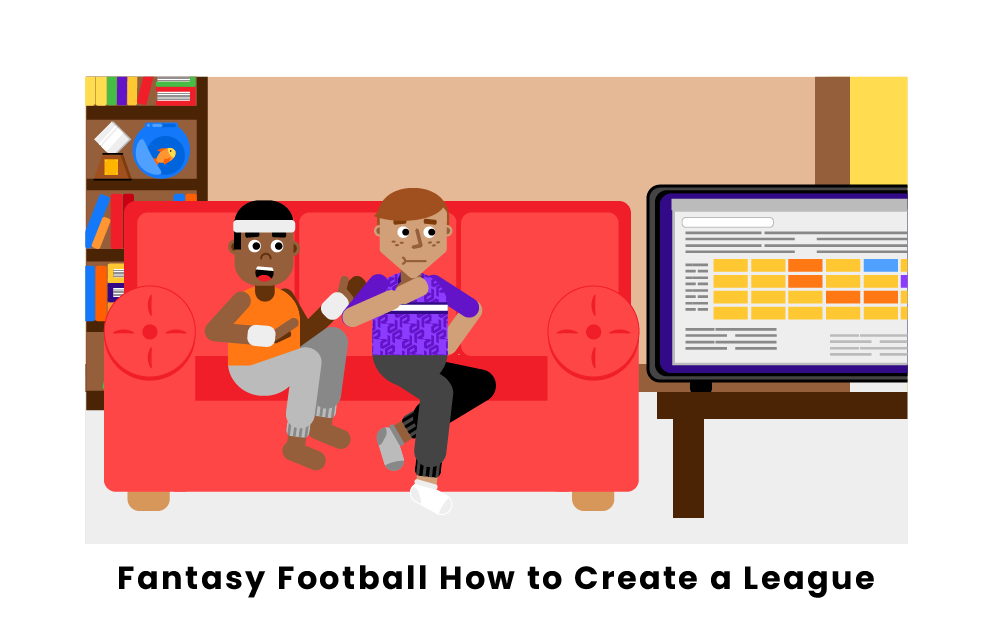 There are two primary methods of playing fantasy football. One is playing offline, which means that all statistics and drafts must be recorded manually by the commissioner or individual players. Online fantasy football is much simpler, as all of the players and their scores are automatically recorded.

You can create your own fantasy football league without the need of the internet. Simply gather up some friends and decide on which type of league your league should be. Afterward, start the drafting process and begin the season! Fantasy football can be played with pencil and paper without needing anything else! This type of league is a bit difficult, as you have to keep score on your own. It also involves deciding on a scoring system, recording statistics manually, and drafting manually in person.

If you want something a bit more convenient, you can always create or join a league on the internet. Leagues on the internet keep track of scoring for you. Numerous websites host fantasy football leagues such as Yahoo!, ESPN, and even the NFL itself.

Most websites have an easy to find “Create League” section on their website. They should walk you through the steps to setting up your league.

There are many parts to creating a league. You have to decide on the scoring settings, roster settings, draft settings, and league members. If you do not set up your league with all of these settings in mind, the season will not run smoothly and conflict will likely arise between team owners.

Setting up the scoring settings means deciding what kinds of actions will generate points for the players. After you decide what qualifies as a scoring play, you must allocate a certain number of points to each play. The websites will likely have recommendations for how many points for each play. Difficult actions such as scoring a touchdown should be worth more points, whereas a small completion should be a small amount of points. There are also set scoring systems that you can choose from, including the standard scoring system, point per reception (PPR) scoring, and individual defensive player (IDP) scoring.

The roster settings are the rules and restrictions about the roster and lineup. This includes how many players are allowed to be on each team, and how many starting lineup spots there are. Additionally, you can choose how many of each position is allowed in the starting lineup. Typically, there will be the following amounts of lineup spots per position:

The draft settings are fairly easy to set. As a league owner, you must decide on the following:

The two most popular types of drafts are snake and auction drafts.

Auction drafts are a bit different than snake drafts. Each fantasy team has a certain amount of imaginary money, usually $200, to fill out their team. Instead of a fantasy manager drafting a player outright with their pick, they “nominate” a player for the league to bid on. Then, all players in the league bid for the player using a portion of their money. The fantasy manager with the highest bid on the player wins them for their team. This draft type is usually used by more experienced fantasy leagues due to the more complicated setup.

The last part of creating a league is choosing the league members. After choosing how many players will be in the league, you can send out invites to your league via email. People can also join your league by looking up the league on the website. Depending on the site, they may also have to enter a password to join the league.

How do you start a fantasy football league?

How do you set up a fantasy football league?

The most important steps to setting up a fantasy football league is deciding what type of league you want to have and what bylaws to form. There is a default league setting with a standard scoring system, but many leagues opt for different rules, such as PPR leagues, in which an additional point is given for every successful reception. Each league must also decide strict rules, often called bylaws, for each team owner to follow so that competition remains fair.

Pages Related to Fantasy Football How To Create A League