Fantasy Football How Does The Defense Score? 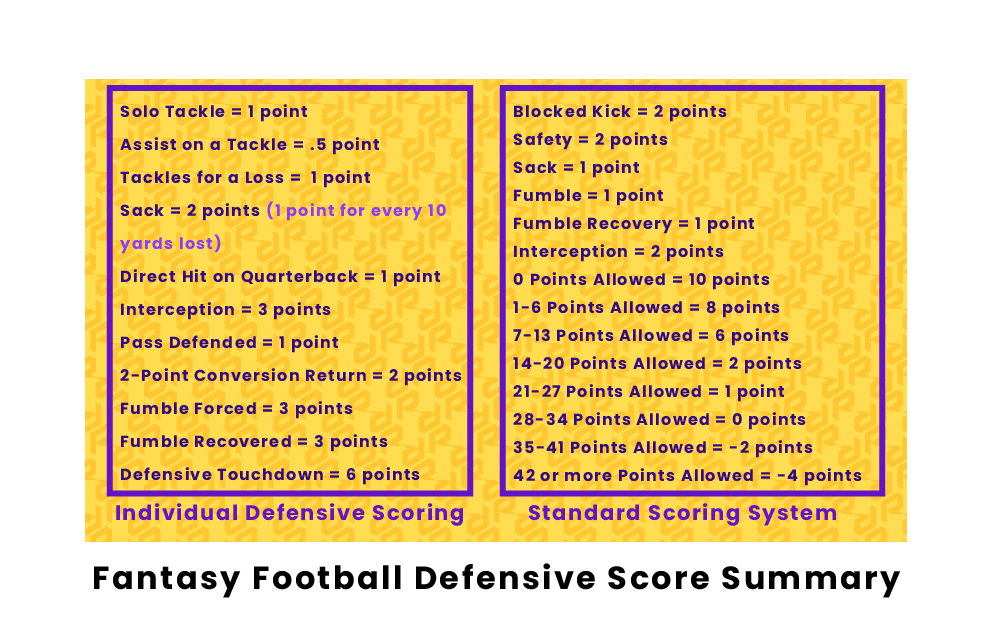 In fantasy football, there are several different groups of players that can add points to a team. These groups include:

Though most fantasy players usually draft their defense in the closing rounds, it can be an important contributor to a team’s total points each week. With different strategies that can be used, the defense earns points much differently than offensive players. 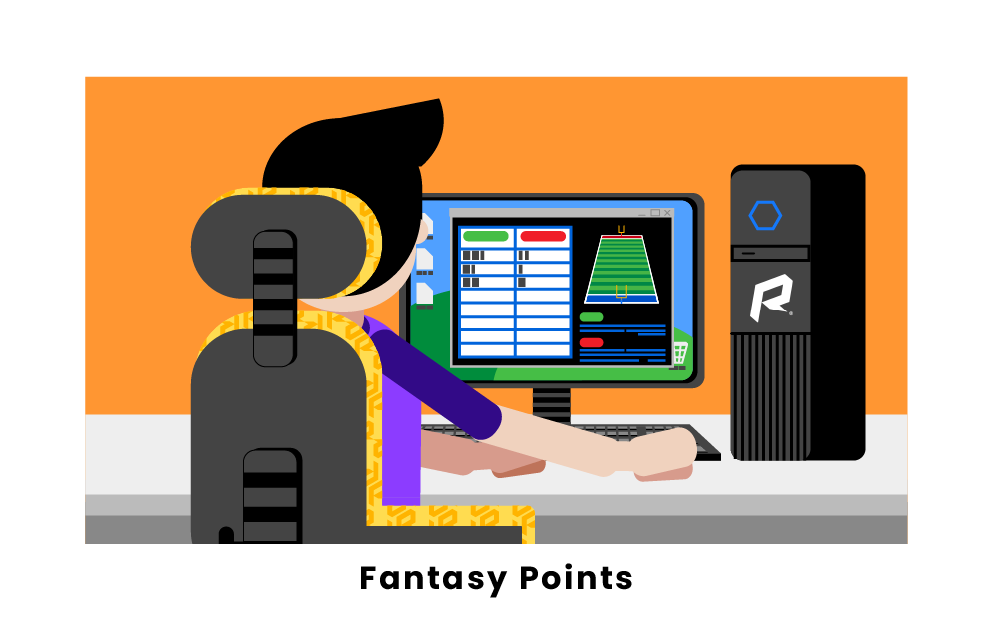 Different positions have different ways of obtaining points in fantasy football, but all points go toward the same total. While the defense may not always average as high of a point total as a running back or a quarterback, the points can still be the difference between a win and a loss. Different leagues may have different scoring breakdowns, but the overall allotment of points for specific plays stays similar for most of them.

The standard defensive scoring system in fantasy football is the easiest to implement, especially in leagues run by individuals instead of a website. For defensive players, the points are most often broken down as follows:

The most prominent area of scoring for fantasy football defenses, points allowed, represents the number of points a football defense surrenders to the opposing offense. This is why at the start of a game, a fantasy defense will have ten points, because they have allowed 0 points in the real-life game.

In IDP scoring, specific defensive positions are taken into account for each game. This system is not meant to stand alone, but go along with another scoring system as a way to get more in-depth.

The positions that contribute to the defense’s score include:

The scoring system for these positions is:

What is a good score for a defense in fantasy football?

Defenses can score a wide range of points in a game, all dependent on how well they play. They can score negative points if they allow too many points in a game, but can score lots of points if they keep the game low scoring and have a large number of interceptions and sacks. A good score for a defense during a game is around 12.5 points. Good defenses will achieve this score, while weaker defensive teams may only score 4 or fewer points.

How can defenses score points in fantasy football?

Defenses can gain points by performing certain actions on the football field. Some of these actions include sacks, fumble recoveries, tackles, and interceptions. Each action will gain the defense a certain amount of points. For example, a sack is worth one point, while an interception is worth two. The more impressive the action, the more points the defense will earn.

How many defensive players can a team have in IDP leagues?

Pages Related to Fantasy Football How Does The Defense Score?