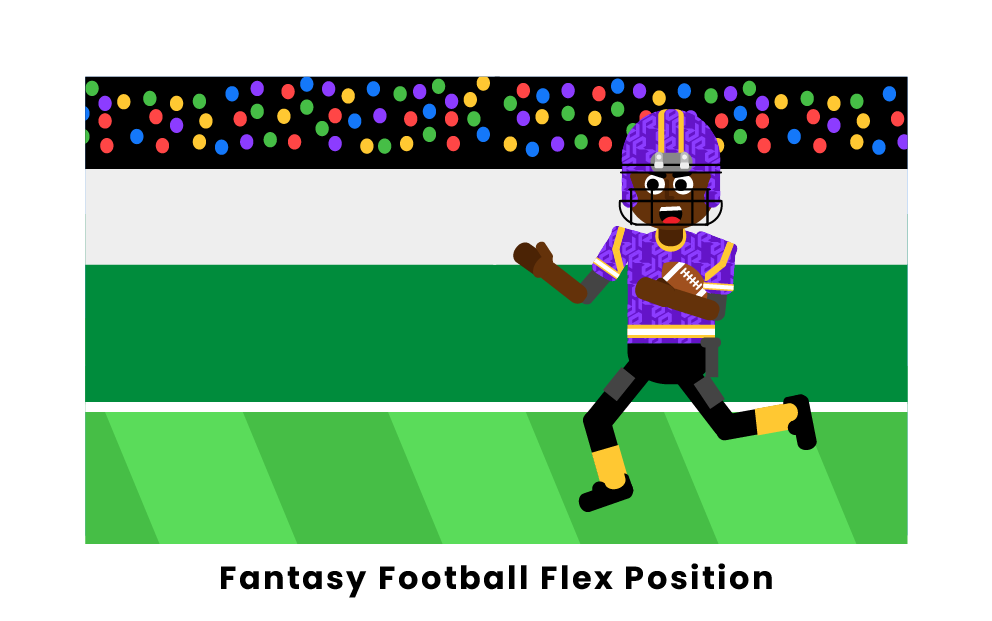 Some team owners use the flex position as hot spots where they put players who are currently on an unexpected hot streak while still relying on the rest of their team to score the majority of the fantasy points each week. In Week 1 of the 2017 NFL season, for example, rookie running back Kareem Hunt of the Kansas City Chiefs rushed for 148 yards against a veteran Patriots defense. No one knew if Hunt was going to be a star or not, but many team owners added him to their fantasy teams as a result of his performance.

For players who wanted some security that year, many chose to keep their regular running back in his position while putting Hunt in the flex position. If he performed well (as it turned out, Hunt led the NFL in rushing yards that year), they would earn all of the points he earned as if he were their starting running back. However, if he had not performed beyond Week 1, their standard running backs would still have earned points, saving them from a potential disaster.

As the game of football continues to evolve into a more pass-focused game, fantasy football puts more emphasis on the wide receiver and tight end positions. In the past, the flex position was normally used for a running back, particularly those with pass-catching abilities. Nowadays, flex positions are more commonly filled by wide receivers and tight ends. Although there are only a few elite tight ends in the NFL, many of them rack up touchdowns, and being able to have a second spot for a tight end who might not catch for yards but rather touchdowns is a new strategy.

Positions Similar To The Flex Position

The flex position in fantasy football is similar to the following positions:

Which player should I start in my fantasy football flex position?

You want the flex position to be filled by a player that scores a lot of points but isn’t the best offensive player on your team. If you have an extra running back or wide receiver who has been performing well lately, start them at the flex position! The flex spot can also be a good option to capitalize on favorable matchups in which a player that isn’t exactly a star is facing a particularly favorable defense.

Does the flex player need to be a running back or wide receiver?

The players that are allowed to be started in the flex position varies from league to league. Most leagues will only allow running backs, wide receivers, or tight ends. Superflex fantasy leagues are known for allowing quarterbacks to be played at the flex position. Check your league rules before drafting that extra QB!

Do I have to start a player in the flex position?

If your league includes a flex player in your starting lineup each week, it’s best to start a player there. While the flex position is not specifically reserved for the player that will get you the highest amount of points, it is still wise not to leave the spot open. If you leave the spot vacant, you are putting yourself at a scoring disadvantage against your opponent.