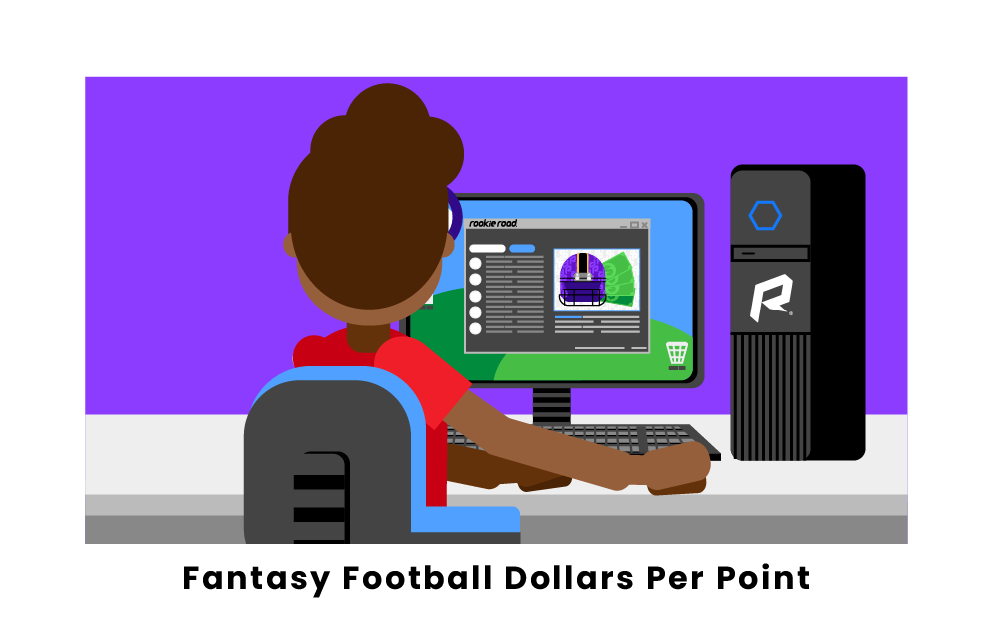 Dollars per point is how much it costs in salary for each fantasy point that a player scores. Dollars per point is typically found in Daily Fantasy Sports (DFS) formats. DFS is different from regular fantasy sports leagues because you can draft a new team every day and have a salary cap you must stay within.

A lower dollar per point ratio represents a better value for a player’s salary compared to their point production. For example, if a player costs you $100 out of your weekly budget and only gets 20 points, they cost $5 for every point they earn. However, if a player costs something much lower, like $50, and gets 25 points, they cost only $1.50 per point he scores, a much better value. 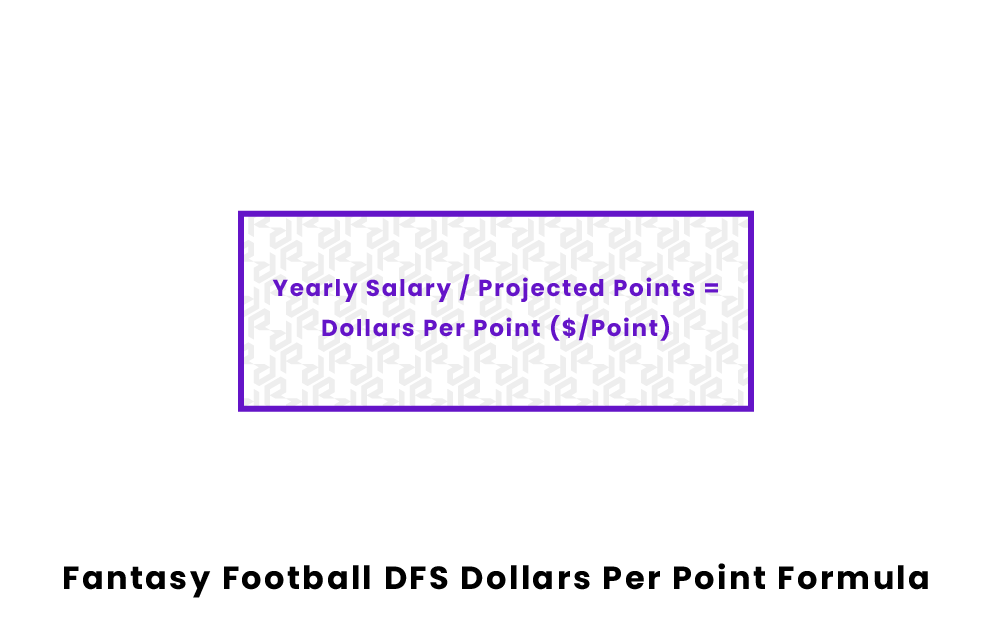 To calculate dollars per point ($/point), divide a player’s yearly fantasy salary by their projected fantasy points. A lower $/point ratio represents a greater value in a player. 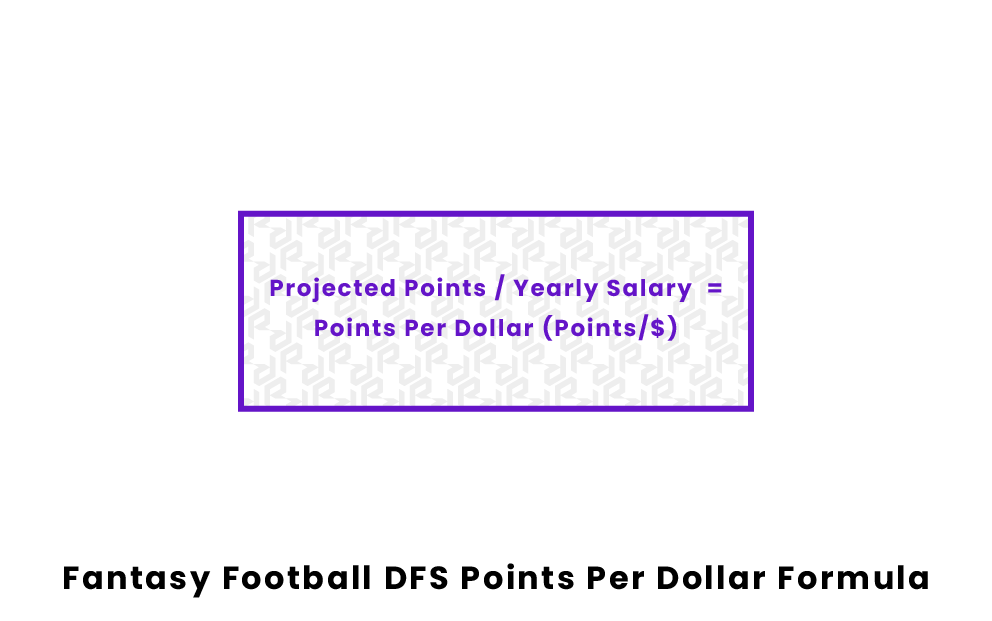 As might be expected, the formula for calculating points per dollar (points/$) is the reverse of that for dollars per point. To calculate points per dollar, take the number of points an athlete is projected to earn and divide it by their cost. The result will very often be a number in the decimals. Multiply this number by 1,000 to get a player’s points/$1K ratio, which is a commonly cited statistic on DFS football sites.

What is the value of points when a player scores?

The value of points when a player scores depends on the type of score and the position of the player. Touchdown passes are worth four points for quarterbacks while rushing, receiving, and returning touchdowns are worth six points each for the player that brings the ball into the end zone. Two-point conversions earn two points each for the quarterback and the scoring back or receiver.

How do you calculate points per dollar in DFS fantasy football?

You calculate points per dollar in fantasy football by dividing a player's projected fantasy points by their yearly fantasy salary. This will result in a decimal figure. Multiply by 1,000 to get points/$1K, which is a figure commonly used on DFS football sites. The higher a player’s points/$ ratio is, the better value they represent in terms of salary cost versus fantasy points produced.