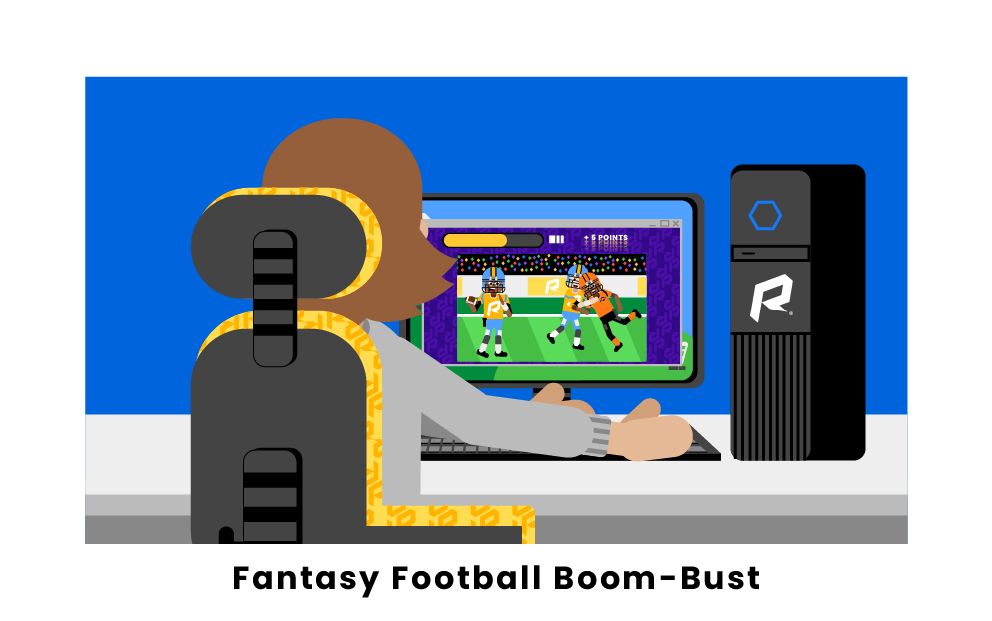 What is a Boom-Bust in Fantasy Football?

A boom-bust player in fantasy terms is someone who could perform well, but could also perform poorly. Players like this are a high-risk high-reward selection that could make or break a fantasy football season. Thus, it is important to identify potential boom-bust players and make educated decisions about whether they should be drafted.

How To Identify Boom-Bust Players

Boom-bust players can be identified by scouting potential star players that may have some sort of weakness to them. For example, say you are scouting a running back that seems like they are about to have a breakout year. However, they have a history of getting injured very early in the season, hindering fantasy performance. This would be an example of a boom-bust player, as they have a high ceiling but are risky due to their injury history.

Drafting a boom-bust player obviously comes with a risk. It can result in a player being one of the best players on your team or being dropped only a couple weeks into the season. It can depend on the situation, but in most cases drafting such players is usually not a very good strategy. These types of players' performances cannot be predicted and as such you put your season’s success out of your control. Drafting these players can be compared to gambling.

If a boom-bust player performs well, then your team is in good shape to be successful. That would be especially good, because boom-bust players are worth less and go in much later rounds. You could theoretically draft a game-changing player at an awesome value.

As discussed, for every positive outcome there is an equal chance at a negative one. Drafting a player that is expected to be very good and who turns out as a bust severely hurts a team. Lack of production from someone who should be a star player is sometimes too much to overcome and can be enough to sink a team’s season.

David Johnson is a great example of a boom-bust player. Johnson was an early first round pick in most 2018 fantasy drafts, and owners that drafted him expected a surefire fantasy stud. What he produced was equivalent to a mid-tier running back. He had a high upside after leading fantasy leagues in 2016 but he turned out to be a bust in the 2018 fantasy season.

What does boom or bust mean in fantasy football?

In fantasy football, boom or bust refers to a play who could either perform exceptionally well or perform rather poorly. Boom-bust players are usually early round draft picks that have a lot of potential thanks to their college performance but may choke at the professional level.

What are the advantages of a boom-bust player?

What are the disadvantages of a boom-bust player?

The main disadvantage of drafting a boom-bust player is that it enters you into a high-risk, high-reward scenario. If a player ends up being a bust after all, you will likely drop them after the first few weeks of the season. This will mean that you wasted your pick on a player that did not end up delivering enough fantasy points.