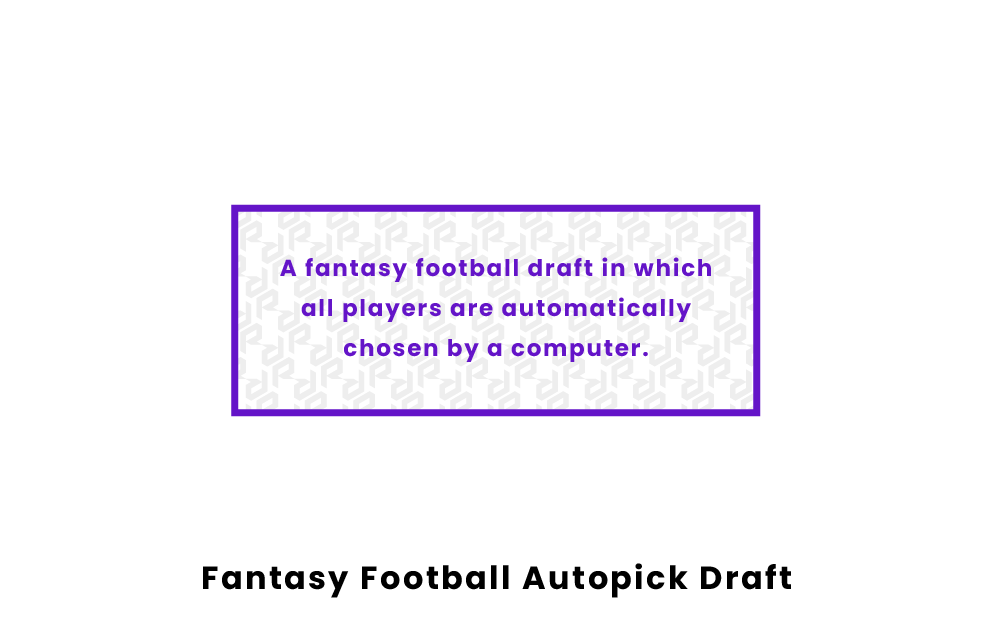 Fantasy football drafts can be snake, auction, or straight. An autopick draft is a type of snake draft where the players do not have to actively take part in the live drafting process. Rather, the draft is automatically carried out with each team taking the highest ranked player when their team is on the clock.

General managers can set their own draft rankings so that they have control over which players they get. In ESPN leagues, players can also specify the position they want to draft in a given round. Doing so will cause the player's team to draft the highest ranked player of that position in the given round.

General managers can also set a maximum and minimum number of players at each position to draft.

In the other rounds, the position preferences depend on personal strategy as well as league scoring settings.