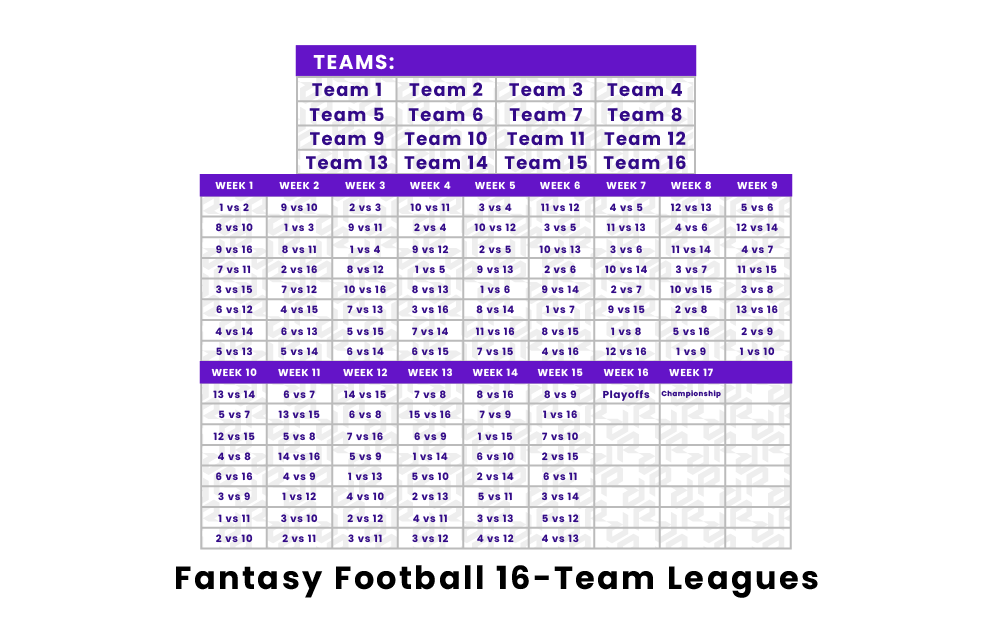 In fantasy football, 16-team leagues are unique, the level of competition is high, and talent is spread thinly across rosters, all of which makes it more difficult to acquire a team full of superstars. If that is something that appeals to you, then you can either make or join one of those leagues. This piece will offer valuable information on how to do both. 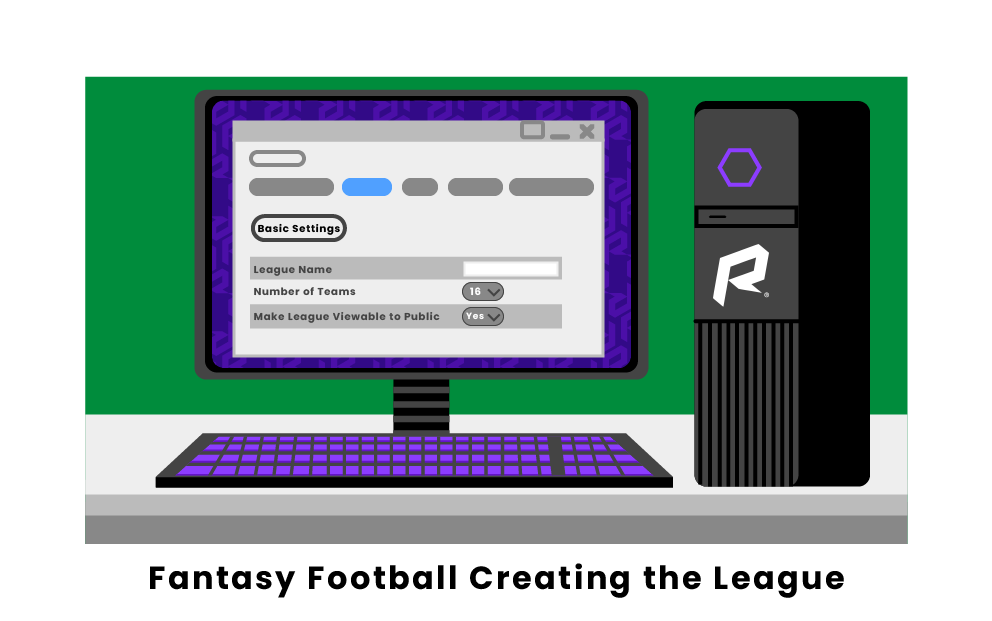 The first step in creating a 16-team fantasy football league is making sure you have a market for the league. Do you have a lot of friends that want to play, or are you relying on random players to join you? These questions will affect how you form your league and what limits you place on your players. If you cannot find enough players to join your league, it may be best to look for a larger league to join yourself. If you can find enough players, it’s important to make sure that they all know the rules of the league before playing.

Additionally, you must make sure that you have the capability of sustaining such a large league before you create one, especially if you're playing with people you don't know. Fantasy leagues take a lot of effort and communication to manage, regardless of whether you are a commissioner or a player. The last thing anyone wants is a league commissioner who is not active with their players and is not communicative about issues and disputes!

Once you have made the necessary preparations, gathered your players, and informed them all of the rules, it’s time to begin creating your league! First, you must craft the settings for your league. These include basic settings such as the name of your league, the number of teams in the league, and whether or not your league can be viewed by the public. Once you've named your league and adjusted its privacy settings, find the place that allows you to adjust the “maximum number of teams” or “player limit.” This setting will let you adjust how many team owners will be able to play in your league. Be sure to change that to 16, as you are creating a 16-team league!

As a member of a 16-team league, you have to be pretty invested in the sport. Your team is going to have some players that the common fan has never heard of. It greatly benefits you to know the second and third-stringers on teams because they’re going to have to be on rosters.

Due to the scarcity of talent available in a 16-team league, it is extremely important that you make the most of the draft. As with any fantasy football league, it is crucial that you draft players in accordance with their value in the position they play. For example, finding a productive tight end is difficult enough in a 12-team league. In a 16-team league, it can prove nearly impossible. The same goes for running backs, and backups will be more important than ever in the event that your star player gets injured. Lastly, sleeper players carry immense value in larger leagues. If you can score big on a slept-on running back or wide receiver, you can go from a middle-of-the-pack team to a championship contender.

The most important strategy for playing in a 16-team league is committing time to checking the waiver wire and adding players you need. In a deep league (12 or more teams) it is so important to give yourself any advantage you can, and if you can pick up a promising player before anyone else, you can put yourself in a good spot to be successful.

Also, adding “handcuffs” is always a good idea. What that means is selecting the backup to a superstar in case they get hurt. Even if they do not get hurt, the owner of the player may want to trade for your handcuff to play it safe, giving you a chance to get something in return.

Your Job as Commissioner

As commissioner of a 16-team fantasy football league, it's important for you to sustain the league using bylaws, and to be active in the league. This means ensuring that all owners are following the rules regarding things like drafts, trades, benching players, and gameplay. A good commissioner must be ready to address various disputes and issues that may arise between owners, and to respond to these issues in a timely manner. A commissioner who is not active in their league loses the respect of the owners, and could cause them to leave the league and quit playing.

When serving as a commissioner, your responsibility before the season starts is to adjust all of the league settings and rules. The most important thing to do is to set up divisions. In a league with 16 teams, it is a good idea to have four divisions of four teams each, which can help to keep the playoff race interesting. In most cases, with fantasy leagues of 16 teams and four divisions, 6 teams will make the playoffs: one from each division, along with two wild card teams.

Aside from setting up divisions and matchups, the commissioner of a fantasy league has various other responsibilities. These include, but are not limited to:

Above all else, the most important quality of a commissioner is to be open and communicative, and to listen to their owners rather than taking complete control.

Once everything is all set, open up your league and let the madness begin!

How big is the typical fantasy football league?

The standard size of fantasy football leagues is ten teams. However, it is common for leagues to have more or less teams. Twelve and eight-team leagues are common in the fantasy football world. For head-to-head leagues, the only requirement in terms of league size is that there are an even number of teams. This is so each team has an opponent every week.

Can you have a 16 team league in fantasy football?

What draft strategies are best for a 16 team league?

The most important draft strategy for a 16 team league is to coordinate your picks in direct relation to their value. In a draft with fewer teams, you can maybe get away with chasing big options but still have a decent tight-end left over when your turn comes again. In a 16 team league, quality players are scarce and you need to make intentional, researched choices with backups lined up for each position so you can get the best overall team drafted.