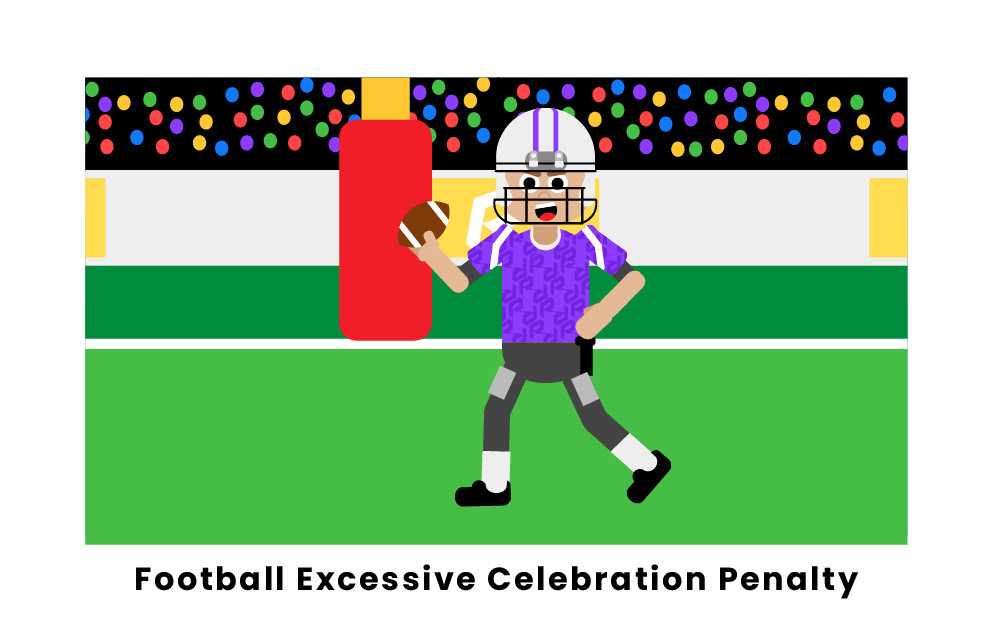 In football, scoring touchdowns is the main goal of an offensive team. As a significant achievement, players will often celebrate a touchdown with a dance or some other kind of motion when they score one. However, there is a limit to what a touchdown celebration, or any other kind of celebration, can be. An excessive celebration penalty is a penalty that is given when any player or coach celebrates in a manner that is inappropriate or excessive. The actual definition of what constitutes inappropriate or excessive is left up to the officials to decide, but there are some general guidelines. The rules for excessive celebration have been controversial, with recent changes allowing NFL players to celebrate more.

An illegal celebration is one that is prolonged or excessive, by one player, a group of players, or a coach. That usually falls into one of the following categories:

Other celebrations that are not allowed include removing one's helmet to celebrate or using props that are not the football or already on the player. The language in the official NFL rulebook is intentionally vague, especially after 2017 when the rulebook was relaxed to allow more self-expression by players, allowing them to celebrate with fewer restrictions. However, if one of the conditions is violated that could be defined as excessive celebration, it is cause enough to throw a flag and penalize the team for an excessive celebration.

The difficult thing about calling an excessive celebration penalty is that it is a dead ball foul, considering it occurs usually after a score, or at least after a play has ended. What this means is that the penalty will apply to the next play, usually a 15-yard unsportsmanlike conduct penalty enforced on the point after play. This makes it harder to make a successful point after the kick. Some teams will also choose to enforce the penalty on the kickoff, giving them better field position for the ensuing drive.

Additionally, in the NFL and other professional football leagues, a player who commits an excessive celebration penalty will often be faced with a fine.  If the celebration is very violent or obscene, a referee could potentially eject the offending player as well. This is only for very dramatic cases. In today’s NFL, oftentimes celebrations aren’t even penalized on the field, but more penalized after the fact when NFL reviewers rewatch the play and enact fines. 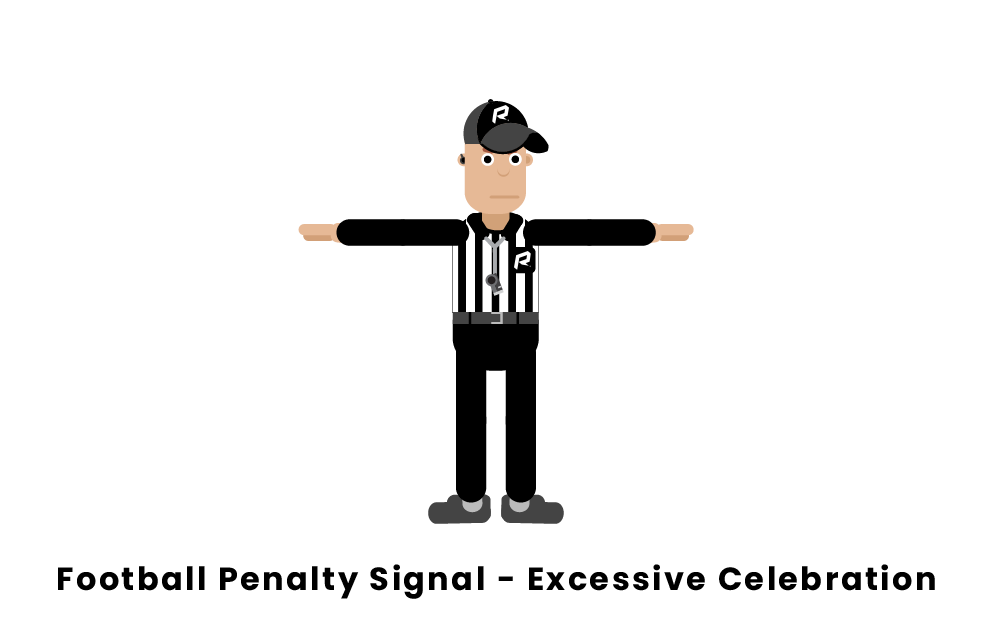 The penalty signal for excessive celebration is the same one as any other unsportsmanlike conduct penalty. The signal is both arms out, in a cross type of motion, while calling the penalty. The penalty will be called by the head official, usually after the touchdown celebration has been called.

Why does the NFL penalize celebrations?

The NFL penalizes celebrations, specifically those deemed excessive, to promote sportsmanship and prevent taunting between teams. The primary concern is that this bad blood between multiple franchises could result in brawls or “head-hunting,” in which a player who is deemed to have celebrated excessively is hit harder and put into more dangerous positions by the opponent.

What qualifies as excessive celebration?

The qualifications for excessive celebration are fairly broad and left up to the discretion of the officials. However, certain actions will inevitably result in a penalty. Any celebration that is inherently violent, destructive, sexual, or prolonged will result in a 15-yard penalty. While the rules have gotten quite relaxed in recent years, there are still certain lines that cannot be crossed.

Did the NFL get rid of excessive celebration penalties?

The NFL has not completely ruled out the ability for referees to call excessive celebration penalties, but they have drastically loosened these regulations. Once upon a time, something as simple as using the ball as a prop was a flaggable offense, but now choreographed dances between teammates are almost encouraged via on-field cameras that players can pose in front of. This shift was made so that more personality could shine during gameplay instead of suppressing it.