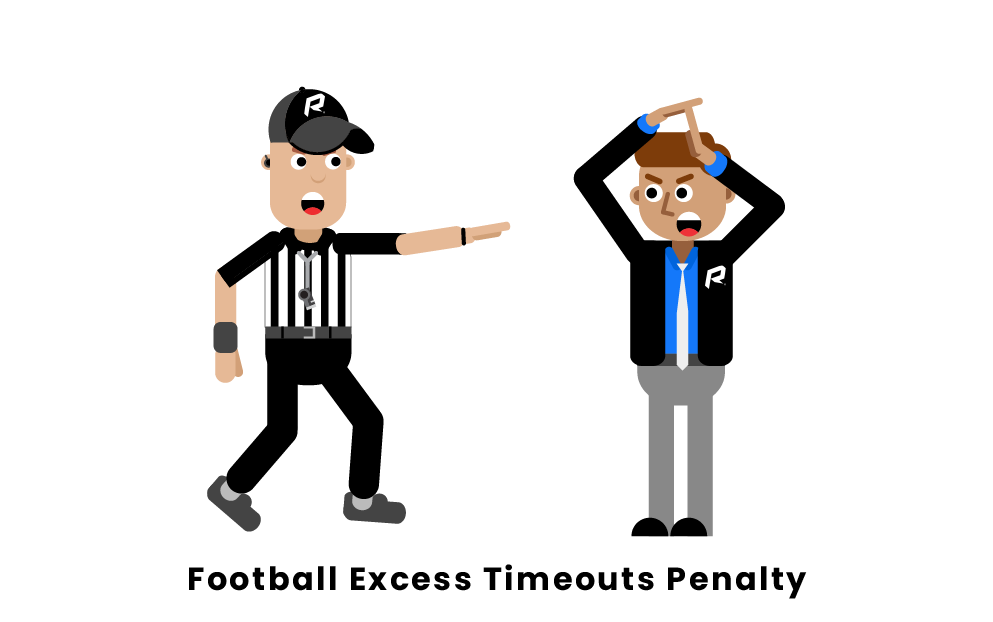 An excess timeouts penalty acts as a “fourth timeout” for teams and is called only when an injury timeout is needed, but the team has already used all three of their timeouts. This is a penalty because teams are not allowed to use more than three timeouts in a half, but it is a rather soft penalty because injuries often occur in football.

An excess timeout penalty in football is one of the rarer penalties to see called in a game, but it can have an effect on decisive plays late in the half. This penalty essentially works as an injury timeout but is assessed to a team when they have already used all three of their timeouts and cannot stop the clock to tend to an injured player. This penalty is not called on plays that include incomplete passes, changes of possession, the end of a quarter, or a run out of bounds. This is because on all of these plays, the clock automatically stops in the NFL, so there is no need for a timeout.

While the penalty does grant extra injury timeouts, it is not a way to fake an injury to stop the clock late in the game. This penalty can not be abused because after a team’s first excess timeout, inside of the two-minute warning, each of their following excess timeouts (if called) will result in a five-yard penalty on the offending team.

Excess timeout penalties only apply to situations in which an injured player is on the field. In situations where a coach calls for a timeout without any timeouts left, an excess timeout penalty will not be assessed. Instead, the offending coach will be assessed a five-yard penalty for a timeout after exhausting its three timeouts during a half. No timeout will be granted and play will resume as normal.

In the NFL, the team’s first excess timeout offense results in a ten-second runoff of the game clock. If the offending team is on offense, it will automatically be applied, but if the offenders are on defense, the offense has the choice to decline the runoff. After the first excess timeout, each following excess timeout that is called inside of the two-minute warning will result in a five-yard penalty.

In NCAA Football, the penalty is only called in the final minute of each half and results in a ten-second runoff each time it is called. In high school football, the officials use an official’s timeout to stop the game, and the play clock is reset to 40 seconds. In the CFL, the injured player must leave the game for three plays. 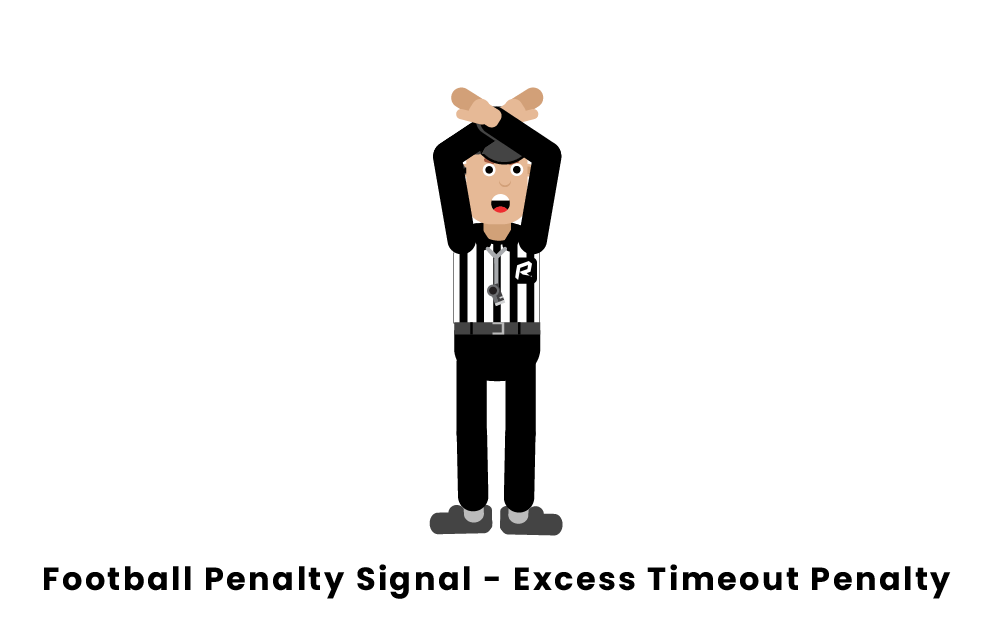 When a referee calls an excess timeout penalty, they will first explain what the penalty is being called and the result of it, then simply signal for a timeout as they would for any timeout. Although it is a penalty, the end result of it is an injury timeout, so timeout must be called by the referee.

What is an excess timeouts penalty in football?

An excess timeouts penalty in football, also known as an injury timeout, occurs when a team must take an extra timeout to care for an injured player on the field. Since teams only get a set number of timeouts per half, taking an extra timeout results in a penalty. However, in the case of an injured player on the field, player safety takes priority. Thus, the punishment for an excess timeouts penalty is relatively mild.

How many timeouts do you get in football?

In a standard game of professional football, such as in the NFL, each team receives a total of six timeouts per game, three in each half. These timeouts are short breaks a team can call for to stop the clock, strategize, rest, or interrupt the other team’s progress. In the NFL, teams also receive an additional two timeouts during overtime.

What is the “fourth timeout” in football?

The “fourth timeout” in football is a timeout granted to a team that has used up all three of its previous timeouts and experienced an injured player. This timeout comes with a 10-second runoff as a penalty for the excess timeout used for the injury.

What happens if you call a timeout with none left in the NFL?

If you call a timeout with none left in the NFL, no timeout will be granted. The NFL only permits teams three timeouts per half. The only time additional timeouts are granted in a half is in the case of injury. If a coach or player attempts to call timeout after their three timeouts have already been used, the referee will not grant the timeout. Instead, the coach’s team will be assessed a five-yard penalty, and play will continue as normal.